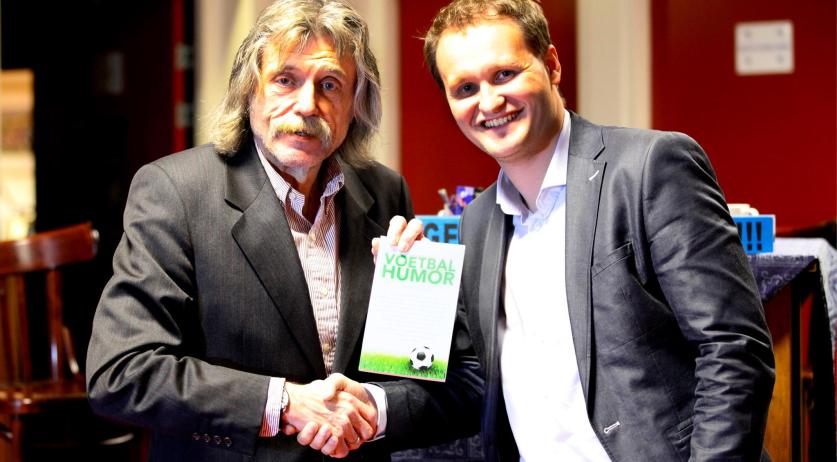 Businesses pull sponsorship from Veronica Inside over host’s racist remarks

Several companies that advertised in the commercial breaks around television program Veronica Inside stopped doing so or are entering into talks with the channel following statements made by regular analyst Johan Derksen about the anti-racism demonstrations in the Netherlands.

On the show on Monday, Derksen said that racism is not so bad in the Netherlands and made a comment about a counter-demonstrator at a Black Lives Matter protest in Leeuwarden. The man was wearing blackface makeup and dressed as Sinterklaas character Zwarte Piet while carrying a sign reading: 'Zwarte Piet Lives Matter'.

Derksen remarked, "Are we sure that was not Akwasi?" Rapper Akwasi is a well known poet, musician, and anti-racism activist in the Netherlands who spoke at the Black Lives Matter protest in Amsterdam on June 1.

Supermarket chain Albert Heijn told NOS that it will not be advertising around Veronica Inside for the time being. The company stressed that it is not a sponsor of Veronica Inside, and therefore is not involved in the format of the commercial breaks. But as a result of Derksen's statements, Albert Heijn contacted Talpa, the media company that owns the show, and instructed it to show no Albert Heijn ads around the show. "There is no place for discrimination at Albert Heijn," the company said in a statement to the broadcaster.

Brewery Bavaria, one of the program's main sponsors, distanced itself from Derksen's statements. "We are a family business and we want to bring people together," a spokesperson told NOS. "We believe that the statement by Johan Derksen is no joke and goes too far." Bavaria said its sponsorship contract with Veronica Inside expires at the end of June and will not be renewed. "This was already decided and has nothing to do with the statements of Johan Derksen."

Fruit company Zespri announced that it will no longer purchase advertising time around the program. "These statements are wrong and contrary to our values. Zespri is a brand focused on people, connection and inclusivity and we strive or a better world."

Razor brand Gillette also stopped advertising around Veronica Inside. The company used to be a regular sponsor of the football program, but already withdrew its sponsorship two years ago when Rene van der Gijp ridiculed trans people. The program was called Voetbal Inside at the time and broadcast by RTL.

Toto, another main sponsor of Veronica Inside, told newspaper AD that it distances itself from the statements and that conversations are ongoing with Talpa. KPN told NOS that it distances itself from racism, but as advertiser has nothing to do with the content of the program. KPN will soon have a talk with Talpa, it said.  DIY store Gamma wants to discuss Derksen's statements with Talpa. SNS Bank said the same, adding that it condemns all forms of racism and discrimination and stressing that it only buys commercials and is not a sponsor of the program.

Media company Talpa did not want to respond to the advertisers' decision, but told NOS that the people on the program are responsible for the statements they make. "Veronica is for freedom of speech and against deliberately hurting fellow people or populations," a spokesperson echoed a previous statement to the broadcaster.

Johan Derksen has been under fire multiple times in the past over racist statements. Last year he claimed that he was receiving death threats after he called Turkey a "shit country" and implied that gay men are over exaggerating when they talk about violence against the LGBTQ community. Before that he also said that gay men would find it easier to come out if they had more character, he compared Black politician Sylvana Simmons to a monkey, and said that football clubs "go to shit" if they are located in neighborhoods where many Moroccan families live.