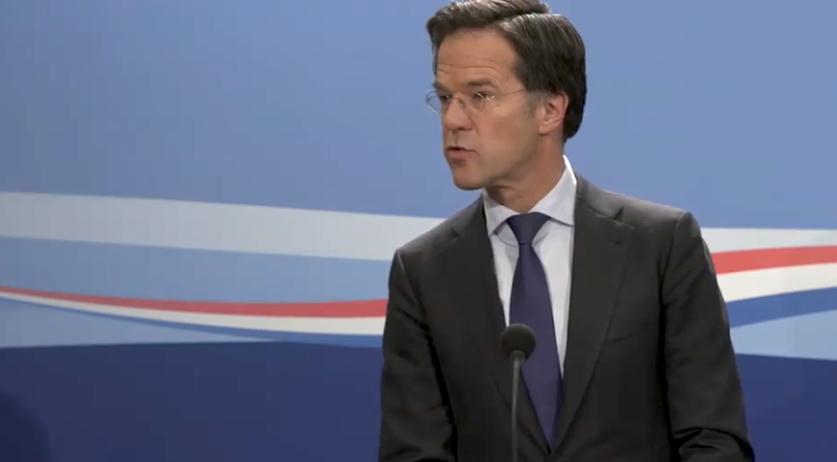 Netherlands will allow vacations in Europe, but not outside the continent

With reporting by Janene Pieters and Byron Mühlberg.

Some holiday options will be available to residents of the Netherlands this summer, Prime Minister Mark Rutte confirmed during a press conference on Wednesday. However trips to countries outside of the European Union and the Schengen Area will remain restricted to residents. Any vacationmaker who gets stuck abroad because of new restrictions over the pandemic will not be repatriated.

The Netherlands uses a color system to indicate four levels of travel warnings, including red as the most negative advice, orange as being open only for the most urgent situations, and yellow where there is a specific warning. Green is used for countries when there are no problems at all.

"Travel advice for countries outside of Europe will remain orange for the time being. If you do have to go to these countries, you will be quarantined for two weeks when you return home," Rutte said.

Restrictions will be reduced from orange to yellow for travel to Belgium, Croatia, Germany, Italy, and the six Carribean islands in the Kingdom of the Netherlands. That will begin on June 15, and later will be expanded to include Austria, France, Spain and Switzerland. This forms part of a wider European effort to lift tourism restrictions on the same date. Outside Europe, the travel restrictions will remain in place.

"From June 15, we want to turn as many countries as possible back to yellow. The most important thing is whether the health risks are comparable, and this will be the case across Europe, except in the United Kingdom and Sweden," Rutte said. Tourists from the EU and Schengen Area will also be allowed in the Netherlands from that date, except those from Sweden and the United Kingdom.

"Yellow is not green. We ask travelers to keep a close eye on the situation," he said, reminding people that the situation at the Dutch border can change rapidly, and that people can be sent into quarantine upon their return. "Holidays are at your own risk," he said.

"People know what the risks are, even if the situation suddenly changes in a country when it is faced with a sudden major outbreak." Thus, repatriation flights will not be made available.

Rutte expressed confidence in the people living in the Netherlands, and that they respect the responsibility they are being given. "The lion's share of people also adhere to the measures. I trust that the Dutch understand that together we ensure that we will keep it under control."

He added, "Of course, as a guest in another country, you must comply with the rules that apply there, while the Dutch rules also remain a good guideline."

Another option which is readily available is a holiday in the Netherlands, Rutte said. He stressed that people still should avoid public transportation as much as possible, and to use their bicycles or cars for domestic vacations.

Netherlands residents still need to keep 1.5 meters apart and work from home as much as possible. Everyone with even mild symptoms that could indicate a coronavirus infection must contact the GGD hotline at 0800-1202 and make an appointment to be tested, Rutte said.

"The main question today was, 'What do we do with the summer vacation?' After staying home for so long, we all want to hit the road," he said. "The short answer this week is that we can go on vacation."

The Prime Minister confirmed that the travel advice for countries in the Schengen Area will go from the current 'Code Orange' to 'Code Yellow' on June 15. This means that the current advice that only necessary trips be made will give way to allowing some tourism to other European countries.

Restrictions set to be lifted in the near future

The Prime Minister did not discuss in-depth Covid-19 social distancing restrictions set to be lifted in the coming weeks. He did confirm that primary schools would be allowed to fully reopen on June 8.

On July 1, the measures in place to curb the spread of the coronavirus will be further relaxed.

Fitness centers, wellness centers and saunas will be allowed to reopen. As will sport facilities' cantinas and casinos. In all these businesses, extra hygiene measures must be taken and customers must be able to maintain social distancing.

The Cabinet previously stressed that these relaxation of measures will only happen if the spread of the coronavirus remains under control. If infections suddenly spike again, the current measures will remain in place or may even be tightened again.