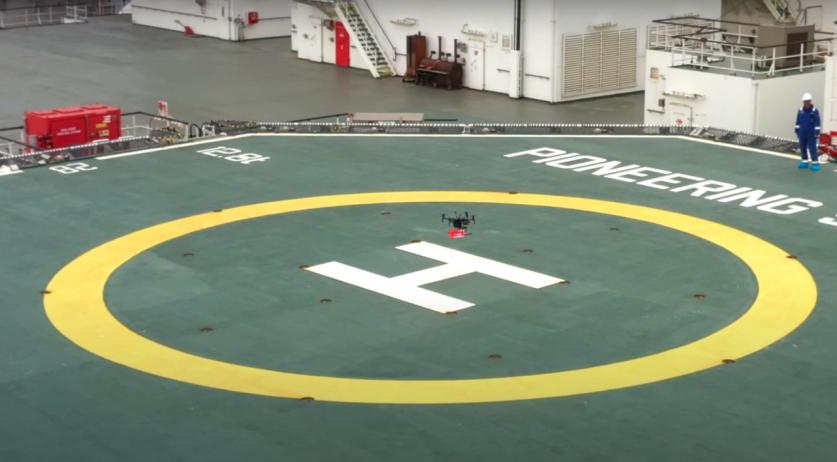 The Port of Rotterdam kicked off a trial on Friday to determine how effectively drones can be used to supply cargo ships. The pilot project, jointly set up by Dutch Drone Delta, Allseas and the Port of Rotterdam Authority, is set to test the implications of drone technology in Europe's largest port.

The phased trial, expected to continue for several years, will initially see drone delivery being directly monitored by human observers before a gradual shift to remote handling, the port authorities said.

“Utilising new technologies allows us to make our port smarter, more streamlined, more efficient and safer. The current pilot project is a prime example: it makes a significant contribution to more efficient transport in general; and in due time, it will specifically help to reduce the pressure on our road network," explained Ingrid Römers, an adviser to the port authority.

According to Stephan van Vuren from the Dutch Drone Delta initiative, the project carries a variety of prospects that could positively impact how the Port of Rotterdam operates.

"The sky’s the limit when it comes to using drones in the port area. Incident prevention and control, for instance; or water pollution; firefighting; monitoring port operations or damage," explained Van Vuren.

He added that, aside from this, the implications remain very broad. Drones can be used to inspect systems and bridges, construct and maintain infrastructure, deliver supplies to ships and oil rigs and even to the rapid transport of blood and human organs, the port said.

"This pilot project in the port of Rotterdam has allowed us to directly demonstrate the added value of drone technology in a complex environment," added Van Vuren.