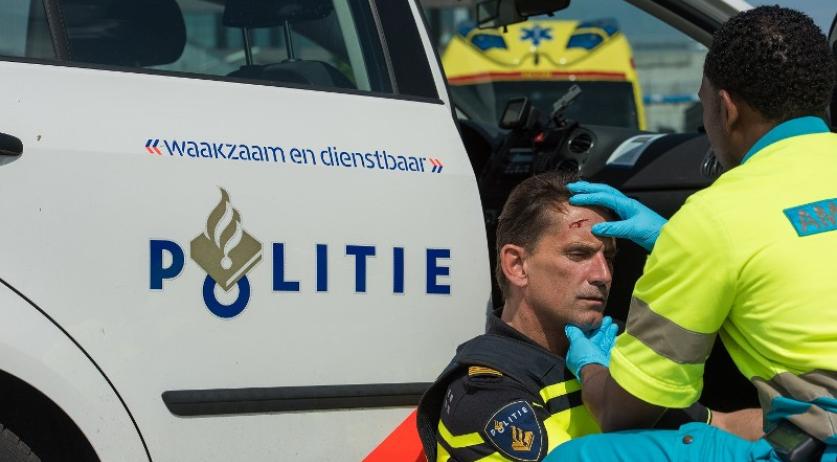 Since the start of the coronavirus crisis, incidents of violence against police officers increased significantly. While March was still pretty calm, violence targeted at the police spiked in April, NOS reports based on figures received from the police.

In March, during the first few weeks of coronavirus measures, violent incidents targeted at police officers were still about 10 percent lower than at the end of February. In the week of April 6, the number of times police officers were faced with violence was about 40 percent higher than the week before the coronavirus crisis hit the Netherlands. In the weeks after that, the police also experienced above average violence.

The number of incidents now seems to be falling again. At the start of May, police officers faced about 4 percent more violent incidents than before the crisis.

The police also saw an increase in so-called nuisance reports - complaints about neighbors, noise, and loitering young people. Last week over 13,500 such reports were made to the police - more than double the reports received in the same week last year.

The police could not tell NOS whether the increased violence against officers and the increased nuisance reports are related. Mounting frustration with the coronavirus lockdown and social distancing measures may play a role. The around 9 thousand fines issued to people who did not adhere to social distancing since the end of March may also be involved.