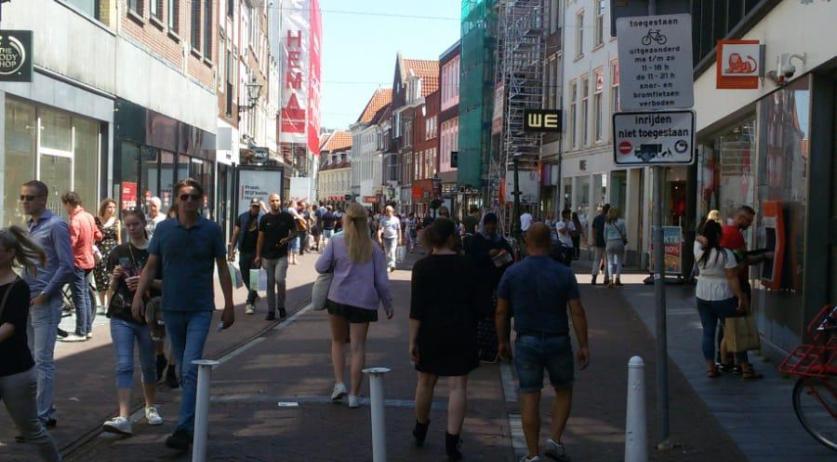 According to RMC, there are major differences between the different municipalities when it comes to crowded shopping streets. For example on Monday, May 4, Vijzelstraat in Arnhem was 41.6 percent busier than the week before, while Torenstraat in Castricum was 27.3 percent less crowded.

The nice weather on Saturday sent many more people outside, to go shopping or spend the day at the beach. The Zuid-Holland city, Leiden, had to close down its popular Haarlemmerstraat shopping street because it grew far too popular. "Getting fresh air is great, but stay in your neighborhood, keep your distance and avoid crowded places. Turn around if it is too crowded," the municipality said on Twitter.

National railway NS also had to use social media to tell people not to take the train to the beach in Zandvoort, because of crowds on the trains. "Together we must avoid major crowds, the trains are still not for outings," the NS said on Saturday.