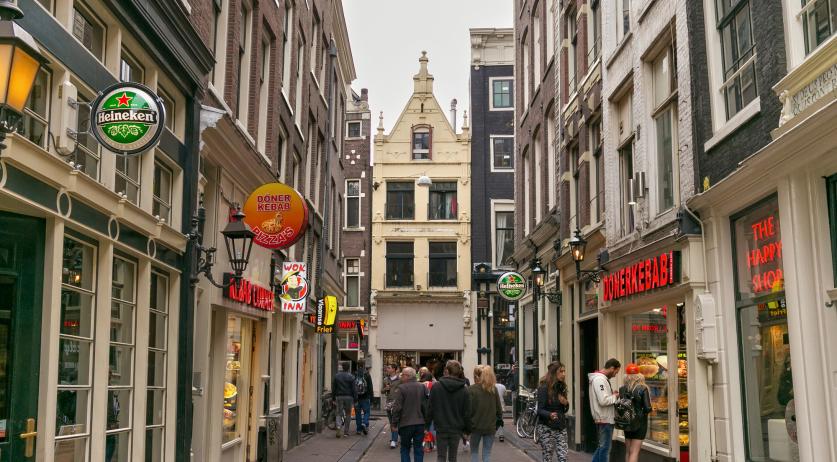 More Dutch take to the streets raising concerns around 'sprawling'

Dutch shopping streets were filled to 40 percent capacity in late-April, up from 25 percent at the beginning of the month, according to findings by retail research agency Locatus. The news, announced by project leader Gertjan Slob on NOS Radio on Saturday, comes mere days after Prime Minster Mark Rutte stated that while the 'intelligent lockdown' has been working in the Netherlands, the danger of "sprawling" remains a concern.

According to Slob, the increasing crowds will not lead to problems "so long as we are at 40 percent of the numbers before the outbreak and if people stick to the rules". His firm had announced earlier this week that most shopping streets in the Netherlands are capable of handling the 1.5. meter society.

However, according to prior research from Apr. 30, shopping streets with people spaced out at 1.5 meters would have to remain at 20 percent capacity or less.

"With our knowledge of the bustle in shopping streets, we have investigated that question and the good news is: The one and a half meter society will cause few problems in the shopping streets," wrote Slob in a blog post explaining the research.

"We do not expect that when the lockdown measures are relaxed, everyone will immediately return to normal. It will remain a bit quieter in the shopping streets and we will enter the somewhat quieter summer period anyway. Foreign tourists will not yet come to our country in large numbers either."

However, according to Locatus, some areas are more prone to crowding than others. In sixteen of the 130 shopping areas the firm studied, it was found that bottlenecks of people can easily occur, especially on Saturday afternoons. Such streets include the Nieuwendijk and the Kalverstraat in Amsterdam, as well as the centers of Enschede, Zwolle and the Hague.

The concerns are mirrored by findings from the mobility agency DAT.Mobility, which also noted the fact that Dutch streets are growing increasingly busy from both pedestrians and cyclists as many people begin to change their mobility habits.

According to Sander van der Drift, a geo data scientist at DAT.Mobility, the journeys of around 5,000 Dutch people were tracked via a smartphone app in order to measure their movement patterns. "You can see in all data sources that it has become a bit busier for a few weeks," he explained to newspaper NRC.

"Five of the past six Sundays we were walking more than we were in the car. That hasn't happened since the [1973] oil crisis," Van Der Drift pointed out.

Speaking directly to this trend on Wednesday, Prime Minister Mark Rutte stated that such movement could come to have far-reaching consequences, warning that an increase in coronavirus infections would likely lead to an extension of rules meant to slow the spread of the virus.

"If the figures become less positive because people take to the streets too much, it will be very difficult to relax [social distancing rules]," he said.