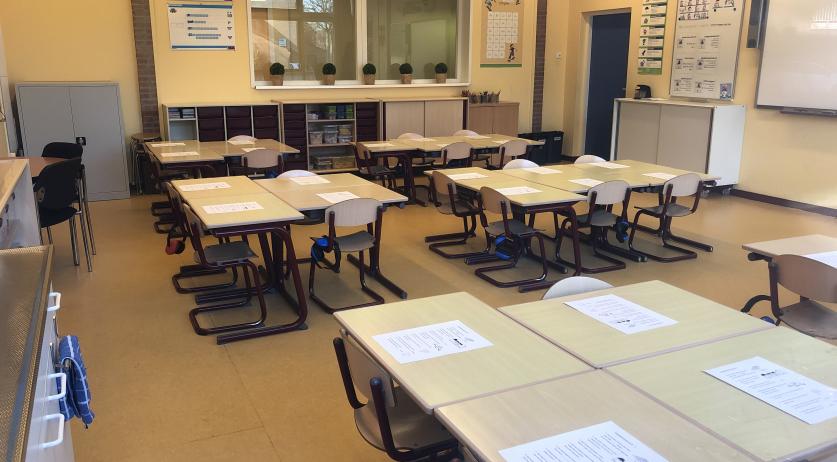 Keeping 1.5 meters apart impossible at schools; only reopen when it's 100% safe: Union

Teachers want schools to only reopen when it is safe and all risks have been investigated, according to a survey by education union AOb among its members. Following the RIVM directive to keep 1.5 meters apart will mean splitting each class into three or four groups, and that is physically nearly impossible, AOb chairman Eugenie Stolk said.

The teachers also expressed concerns about their safety and health if the schools reopen. Some even see the schools reopening as an "experiment" and are angry that this is even being considered when so much is still unclear about this pandemic, according to the union.

It is already clear in primary- and special education daycares that it is close to impossible to stick to the RIVM guidelines, Stolk said. "It will be no different for schools that open soon. Teaching thirty 4-year-olds to sneeze into their elbow and not to sit next to each other is a utopia. Let alone that a teacher can keep their distance."

Three quarters of teachers called combining physical- and distance education "undesirable". 41 percent said that doing both would be too burdensome, and a third worried about logistical problems if both online and physical teaching are required.

Should schools reopen in phases, 42 percent of primary school teachers think that students who are more likely to fall behind should be prioritized. In special education, more than half of teachers support this. In secondary education, 37 percent of teachers want to give kids with learning arrears priority, and 27 percent pupils in their final year. In secondary vocational education, it's switched - almost half of teachers think final exam pupils should be given priority, and 28 percent think vulnerable pupils.