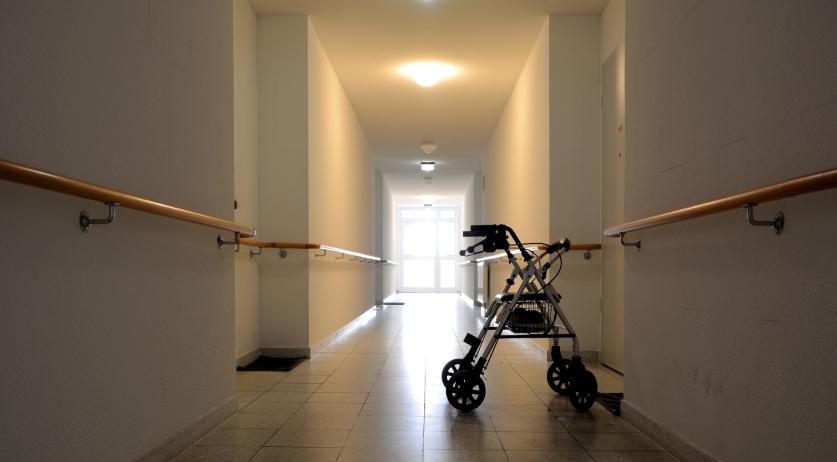 Some nursing homes in the Netherlands are allowing residents' partners to move in with them for the duration of the Covid-19 pandemic, provided that the partner follows the same precautionary rules as the residents, Trouw reports after speaking to 14 nursing home groups across the country. The government banned visits to nursing homes, unless a resident is dying, as to not expose their vulnerable residents to the coronavirus.

De Blije Borgh in Hendrik-Ido-Ambacht has one partner who moved in. "We try to offer customization in dire situations," director Han Hendrikse said. "The gentleman was admitted voluntarily and chose to live with us for the entire period of this epidemic. That is a big step. I don't think many people want that." Hendrikse hopes that it will stay at that one case. "We have very limited capacity, so I don't want to promote this or give families false hope. But when new questions come, we take a serious look at them."

The Surplus care institution in West-Brabant had a few cases in which partners moved in. Care organization Beweging 3.0 in Amersfoort and surrounding area, allowed one partner to move in. The other nursing homes told Trouw that this is not an option.

Some nursing homes are making a few exceptions to the government's ban on visitors, if the need is dire enough. Care organization Zinn in Groningen, for example, made an exception for residents whose lives may be in danger if they do not receive visitors. "For example, we have a resident who only eats when his wife is there," a spokesperson said to the newspaper. According to her, there are at most five such exceptions out of a total of around 1 thousand residents.

All the nursing homes told the newspaper that they agree with the ban on visitors to protect their residents and staff.