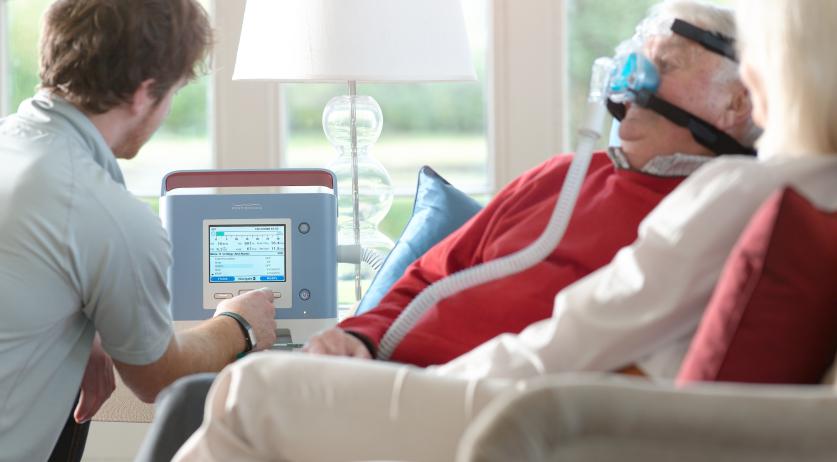 Philips announced that it is stepping up the production of medical equipment that can be used in the fight against the coronavirus, such as respirators, X-ray, and CT scanners. The company plans to double its production of respiratory equipment in the next eight weeks, and even have it quadrupled in the third quarter, the company said.

One problem with this is that Philips manufactures healthcare devices in the United States. This means that the American government can hold these devices for domestic use only, under a decades-old federal law that gives the U.S. President the power to block foreign distribution. The U.S. Defense Production Act was created in 1950 to be able to regulate the production of steel, and allocate it to factories manufacturing machinery needed for the Korean War effort, like tanks.

The pressure on Trump to use this law for ventilators increased sharply on Monday due to the rapidly growing number of Covid-19 cases in the US, according to multiple news outlets.

Worldwide, there is a need for many tens of thousands of respirators, essential for treating seriously ill coronavirus patients. The Dutch government alone ordered two thousand such devices, Minister Martin van Rijn for Medical Care said on Monday evening. Because it is unclear when they will be delivered, additional orders have been placed, and the government is also looking into other options. One of these is setting up its own production capacity in the Netherlands, something that will be discussed with Philips and others.

According to Philips CEO Frans van Houten, all governments currently want their own respiratory equipment factory, but that is almost impossible as production requires many specialist components, he said. Using a list from the World Health Organization, Philips supplies countries and regions where hospitals are confronted with many coronavirus patients, he said according to Het Parool.

To keep up with demand, the company is increasing production. Philips will hire additional staff and reduce the production of other equipment, so those workers can also focus on medical equipment.

Minister Carola Schouten of Agriculture also asked veterinarians to donate some of their equipment to the coronavirus effort. She wants veterinarians to supply respiratory equipment like respirators to hospitals, which are currently experiencing shortages, she said in a letter to the animal doctors, RTL Nieuws reports. Certain respirators normally used by vets can also be used in intensive care units.

Minister Hugo de Jonge of Public Health mentioned asking veterinarians for this contribution in a letter he sent to parliament on Friday. According to Minister Schouten, the veterinarians can count on a "realistic compensation" for giving up their respiratory equipment. Exactly how many respirators the vets can supply, is not yet clear.

De Jonge also suggested on Friday using ventilators held by smaller clinics to equip a larger number of intensive care unit beds. The Netherlands has 1,150 ICU beds in its hospitals, of which half are normally occupied by urgent or emergency patients who do not have a coronavirus infection. The country is looking to scale up to 1,500 quickly, if needed, and it is sourcing materials to expand up to 2,000 ICU beds as fast as possible.