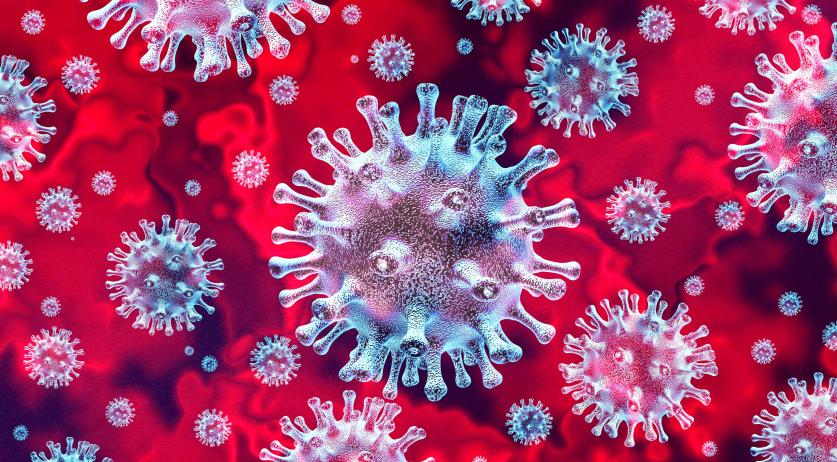 Another 811 people were diagnosed with coronavirus since Monday, public health agency RIVM said. In the past 24 hours, another 265 people were reportedly hospitalized, and 63 more people died who had previously tested positive.

Since the first person tested positive in late February, a total of 1,495 patients required hospitalization. On Monday evening, the number of patients in intensive care reached 487. The age range of the deceased patients remained between 55 and 97 years of age.

For about a week, the RIVM has reminded the public that it only carries out a limited number of tests focused on healthcare workers, and people who have health limitations, including the elderly. The health agency and Health Minister Hugo de Jonge have both said this was due to a limited supply of available test kits, and limitations on manpower.

However, virologist Alex Friedrich dismissed this claim, saying there is no such capacity issue in the Netherlands right now. "It is possible that a certain lab is short of certain materials, but that is business as usual, you solve that. This is not the case as long as you are not dependent on a commercial party. We don't need such a party either, because you can do these tests in almost any ordinary lab," he told De Groene Amsterdammer.

The RIVM said on Tuesday that some positive tests and the death of certain patients are not always reported to the health agency on the date they take place, which has an impact on some statistics.

"The fact that the numbers fluctuate per day does not say anything about the effect of the measures that have been introduced since mid-March. This effect is not expected to be seen until the end of this week or early next week," the health agency stated.

Those measures were updated when members of the cabinet announced stricter measures on Monday in the fight against the coronavirus, including that all events are canceled until June 1st, and that municipalities are allowed to close locations and fine people for breaking the ban on gatherings. Nearly 7.5 million people watched the press conference in which these measures were announced on television, according to NOS.

Canceled events include all 14 Liberation Day parties on May 5. The Remembrance Day commemoration on Dam Square will still happen, but without public.

Minister Arie Slob for Primary and Secondary Education announced that the central exams for all school levels are scrapped this year. The results of pupils' school exams will be leading in whether they pass or fail. And schools are given until early June to have pupils take these exams - remotely as far as possible.

The Roman Catholic Church and Protestant Church announced that they are canceling all public celebrations until June 1st, due to the tighter measures to curb the spread of the coronavirus. This includes Easter and Pentecost. Roman Catholic Churches will remain open for individual visitors who want to pray, confess or light a candle. But they will have to keep to the rules and stay 1.5 meters away from others. The Protestant Church called on churches to stick to online services.

Philips is increasing its production of respirators, but worries that the United States government will seize all medical equipment made on its soil.

Dutch chef Edwin Vinke had to close his two-star restaurant De Kromme Watergang due to the coronavirus. To keep busy in the down time, he is uploading daily videos to YouTube, teaching people how to cook. "Every day I cook a new recipe, from spaghetti to sauerkraut and from nasi to carrot stammppot. Normally I am a chef, so I have to hold back so as not to make it too difficult," he said to RTL Nieuws.

Senior citizens' organization KBO-PCOB launched a hotline where elderly Netherlands residents can report problems they're having with home care due to the coronavirus. The organization worries that elderly people will be left without care as aid givers become ill or are deployed elsewhere to help with the crisis. Reports can be made on this website, or by calling 030-3400 600.