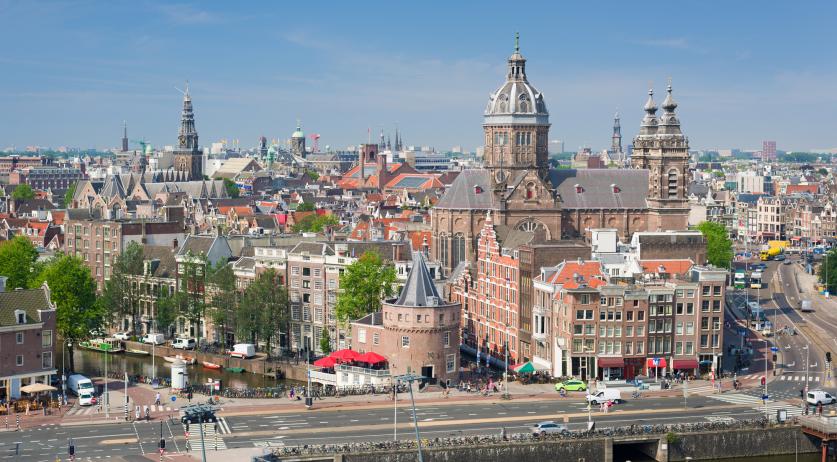 Amsterdam's sustainability goals achievable, but with a lot of work

Amsterdam's goal of reducing its CO2 emissions by 55 percent by 2030 is achievable, but will take a deal of effort, sustainability alderman Marieke van Doorninck said in a press release on Friday. The municipality plans to achieve this goal with measures like promoting solar panel and wind turbine installations, and getting homes off the natural gas network.

Partly due to the strong growth of the city, Amsterdam's CO2 emissions increased from just under 4 thousand to over 5,500 kilotons of CO2 emissions per year between 1990 and 2010. Since 2010, the emissions have been steadily declining again. Most emissions are caused by electricity consumption and natural gas and heat consumption by homes, offices, and public buildings.

With the measures the city currently has planned it's "Route map to Amsterdam Climate Neutral", Amsterdam's CO2 emissions will be 48 percent lower in 2030. That is very nearly the national goal of a 49 percent reduction by 2030. But with some extra measures, Amsterdam should be able to achieve its 55 percent reduction in emissions, according to the calculations of the effects of the plans.

"Because Amsterdam is growing fast, it is extra difficult for us to emit less CO2. Nevertheless, we have succeeded in limiting emissions. For example by building houses without natural gas and taking steps to make the city car-free," Van Doorninck said. "We continue on that foot. The calculations show that the measures we are taking actually have the desired result, and that is great support. With the help of companies and Amsterdammers, a 55% CO2 reduction is within reach, but at the same time a lot has to be done."

In order to achieve that goal, Amsterdam will, among other things, support local residents with the collective procurement of sustainable energy. The city is launching an app this year with step-by-step instructions on how to start using solar power. The city will approve all permits for building wind turbines, and plans to have solar panels installed on half of all suitable roofs by 2030. By 2024, the city will take 66 thousand homes and buildings off the natural gas network. By 2030 that will increase to 260 thousand gas-free homes and buildings.

The city also agreed with municipal public transport company GVB that 29 of its buses will be emission-free by the end of this year. And agreed with Vatenfall that it will transform the Hemweg power station into a fossil-free energy hub by 2050.

For the municipality's own contribution, all 200 scooters in its fleet will be electric by the end of this year, and 435 electric vans will be added to the fleet. The city is already working on replacing all 150 thousand fixtures with LED bulbs. And by 2030, the municipal swimming pool, one sports hall, and 11 municipal offices will be off the gas network.

Amsterdam is determined to achieve its goals, but doing so will be easier if the national government does its part, Van Doorninck said. "We ask the government to make haste with simple and effective subsidy schemes and legislation."