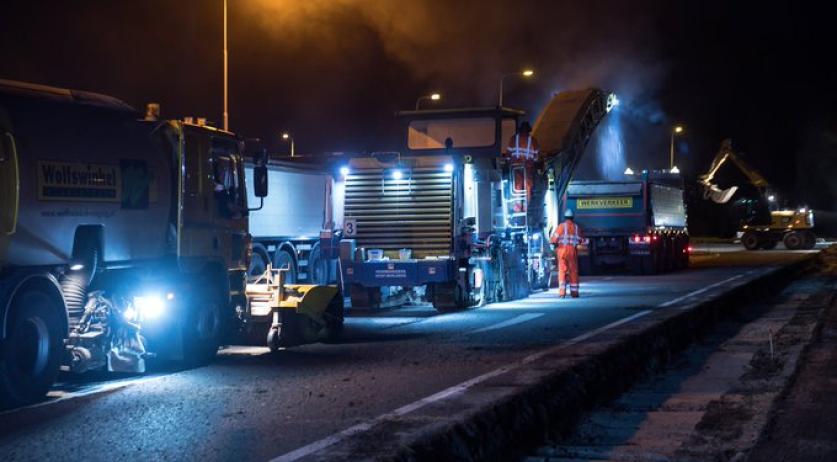 Icy roads: Motorists warned to be careful during rush hour

Rain combined with a cold night mean that the roads in the Netherlands may be icy on Friday morning. Meteorological institute KNMI issued a code yellow warning for the entire country, except the Wadden Islands, advising road users to be careful and adjust their driving behavior accordingly.

The iciness should melt away during the course of the morning. The morning is expected to be sunny and dry, but clouds will start taking over from the west in early afternoon, followed by rain from the southwest. During the evening, the northeastern parts of the country may see some snow. Afternoon temperatures will climb to around 7 degrees, according to the meteorological institute.

Travelers' association ANWB also warned road users to drive carefully due to the icy roads, but does not expect it to have a major impact on traffic. The ANWB expects a "light" rush hour on Friday morning. A car crash following a police chase caused a partial shut down of the A12 and the A18 in the east of the country. Both were likely to be reopened around noon.

By 7:50 a.m., the ANWB reported only 18 kilometers of traffic jams on Dutch roads.

On Wednesday morning a train crashed into a truck at a railway crossing in Berkel-Enschot. The truck driver said that the icy road and track meant that the vehicle could not move and it got stuck. No one was injured, but considerable damage was done to the tracks and overhead line, ProRail said.