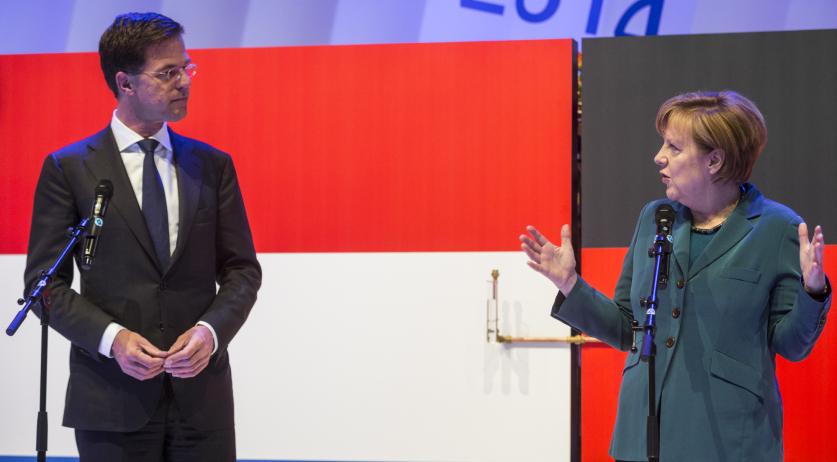 German Chancellor Angela Merkel described Prime Minister Mark Rutte's refusal to budge during a summit on the new budget for the European Union last week as "childish behavior". Other EU leaders also criticized the attitude of Rutte and the other frugal countries - Austria, Sweden and Demark. "What arrogance," French president Emmanuel Macron said, the Volkskrant reports.

The EU leaders met in Brussels on Thursday and Friday to discuss the new EU multi-annual budget for 2021 to 2027. Rutte went in with one firm goal - the Netherlands will not contribute more to the EU budget. The summit was a flop - no decisions were made

EU President Charles Michel's irritation came to a point on Thursday night when he was meeting with individual leaders to try and break the deadlock in negotiations. Rutte refused to see him separately, going to the meeting with the other three frugal countries, according to the newspaper. Rutte refused to budge an inch on his stand. As a result, the leaders who met with Michel after Rutte - the meetings went on until nearly 7:00 a.m. on Friday morning - only talked about the red lines drawn by the frugal four.

On Friday, the irritation was visibly and audibly high. That Rutte was going to be stubborn was taken into account, but that he did not want to negotiate at all was infuriating to his critics, according to the newspaper. "If you don't want to talk, just stay away," one angry diplomat described the situation to the Volkskrant.

"What arrogance", French president Emmanuel Macron had to say about the matter, describing Rutte's performance as "shocking". Spanish Prime Minister Pedro Sanchez also could not contain his irritation. "Does Rutte not know that I represent more citizens than the frugal four countries combined?" he wanted to know.

Merkel dropped the criticism of "childish behavior" on Friday morning, when Rutte still refused to give any ground while she and Macron carefully searched for openings. What added to her irritation is Rutte's comments to the media that he brought the new biography of Chopin to read at the summit.

Despite the annoyances, the expectance is that eventually Rutte, Merkel, Macron, Sanchez and the other government leaders will come to a compromise. Because no-one benefits from an EU with no money.