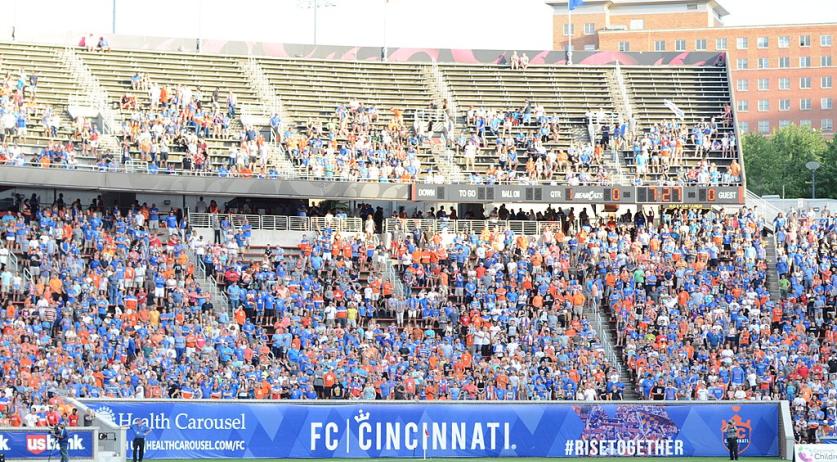 Ron Jans is no longer the trainer of American club FC Cincinnati. He resigned over accusations of racism. According to the Dutch coach, he used the n-word while singing along to a rap song in the locker room. According to the club and American players' union MLSPA, there was more going on, NU.nl reports.

A complaint against Jans was filed with players' union MLSPA, and the soccer association in the United States MLS launched an investigation. Jans resigned awaiting the results of the investigation, the club announced on Monday.

"Ron offered his resignation and we agreed that it was the best course of action for everyone involved with FC Cincinnati," club president Jeff Berding said on the club's site. "We place the utmost importance on a strong culture within our club, beginning in our locker room, and that every person connected with FC Cincinnati feels valued, respected and trusted. Racial and cultural diversity is a major part of what makes the game of soccer so special, an we place the highest priority on respecting every person involved in our game."

Jans told Dutch media that the complaint filed against him was over a hip hop song he sung along to in the locker room, which had the n-word in it. "My second captain said to me: you have to be careful with that. I realized that then too," the 61-year-old Dutch man said to the Volkskrant. "I had said it in general, not to anybody in particular, but to be sure, I said to the player closest to me: 'That wasn't against you.'"

"Really, I hate slavery, discrimination and racism," he said to AD. "I visited the Apartheid Museum, among other things, and watched and read many films and books on this subject. If I can help fight racism in society, I am very happy to participate."

But according to FC Cincinnati and MLSPA, Jans' departure was not just over a song he sang along to. "It is about the whole picture. Unacceptable comments. During confidential conversations with the players, more stories emerged. Then we knew that there was no future for Ron at our club," FC Cincinnati chairman Berding said on Tuesday.

MLSPA accused Jans of spreading lies. "We have been incredibly disappointed by the attempts to manipulate the public conversation over the last few days with false narratives and strategic leaks to the press," the union said in a statement. It called Jans' claim to have been singing along to song lyrics, among other things, completely false. "These falsehoods have added to the toxicity of the atmosphere and encouraged further, deplorable abuse of players. They were clear attempts to manipulate the truth and intimidate those who call out unacceptable behavior."