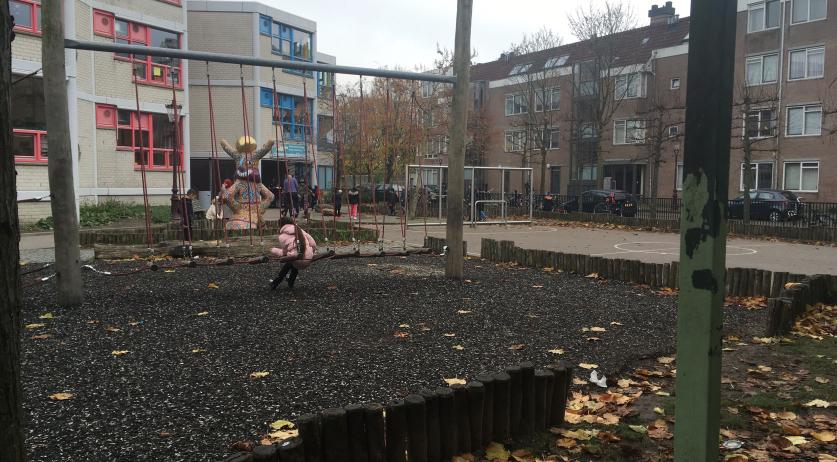 One child playing by herself outside of a school in Amsterdam Oost - Source: NL Times at NL Times
Business
teacher strike
teacher shortage
education
Aob
Eugenie Stolk
Share this:

Schools themselves also responsible for problems in education, union says ahead of teacher strike

Not only the government, but also schools themselves are responsible for the major problems facing education, Eugenie Stolk, the new director of teachers' union AOb said to newspaper AD. On Thursday and Friday, primary- and secondary school teachers across the country will strike for more investment in education and a solution to the teacher shortage. According to the latest count, some 3,400 schools will be closed, AD reports.

While more and more classes don't have a permanent teacher, school boards' support for their teachers is crumbling, according to the AOb. School boards think this upcoming strike is unnecessary now that a new collective bargaining agreement was reached for primary education. The result is that teachers more often don't get paid if they participate in strikes, and they don't feel supported by their schools, according to the union.

"They don't think they will get anything until the next cabinet comes," Stolk said to the newspaper. "While our members say: we are still facing a shortage and we are almost unable to keep going." It's not just the government who is responsible for the problems in education, according to AOb. The school boards can also do much more, for example by improving their personnel policy and offering more permanent contracts.

According to Stolk, schools are trapped "in outdated thinking" and refuse to give permanent contracts. "They say they don't know if they will have the money for it later. A fallacy," she said. Every year there are schools with millions of euros left in their budget, she said. "I realize that that is often money that can be spent only once, but they can invest it. They must show more guts."

Stolk believes that school boards are too distanced from the work floor. "They do not feel what it is like to have a class of 40 students because a class had to be divided. They only see at a later stage: gosh, the results are lagging behind, how is that possible."

Stolk took over as head of AOb, the largest teachers' union in the Netherlands, in mid-November, after the resignation of Liesbeth Verheggen. Verheggen signed an agreement that would make a once-off amount of 460 million euros available to primary- and secondary schools, and canceled an upcoming strike, before getting the support of the union members. She was forced to resign and the strike continued as planned.