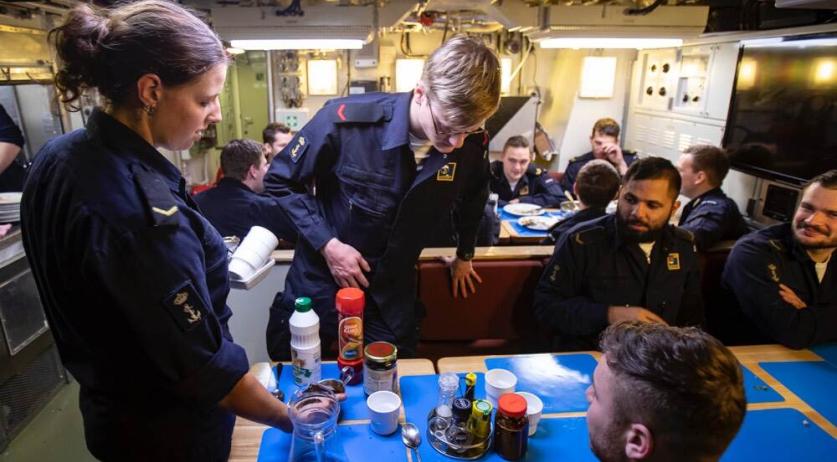 Dutch navy opens the hatch to female crew aboard submarines

The Royal Netherlands Navy is now allowing women on the crews of its submarines, following a successful year-long experiment in which women functioned as "one of the crew", the government said in a statement. This change takes effect immediately.

The Submarine Service was the last place in the Dutch Armed Forces in which women could not perform all functions. The sailing positions were only open to men, because there are no separate facilities on board the current submarines - an important condition for mixed sailing for the government and the navy.

But the situation in other NATO partners showed that things can also be done differently, the government said. And research in Australia and Canada showed that strict separation in living areas and sanitary facilities had a negative impact on female crew members' integration on board.

The navy therefore decided to experiment with the "one of the crew" concept, in which there are no separate facilities on board and women and men are seen as "crew" and all treated equally.

"With the test we were able to determine which rules of conduct had to be introduced so that women could participate as one of the crew," said Captain Herman de Groot, Group Commander of the Submarine Service. "We only made smaller adjustments to create more privacy. Adjustments that - as it turned out - were also appreciated by the men."