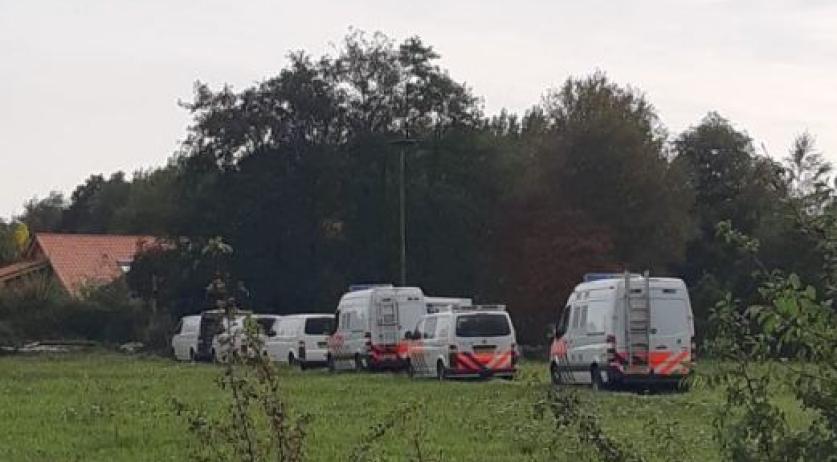 Gerrit Jan van D., a 67-year-old man found living in complete isolation with six of his nine children on a farm in Ruinerwold last year, sexually abused two of his oldest children when he thought they were possessed by the spirit of their mother or another woman, the Public Prosecutor revealed in court during the first proforma hearing of this case on Tuesday.

The sexual abuse happened after the two children turned 12, but before they were 16 years old, the Prosecutor said. One child was sexually abused between November 2002 and November 2006, the other between August 2004 and August 2008. The fact that Van D. thought the children were possessed by the spirit of his deceased wife, the Prosecutor got from his diaries, according to Telegraaf reporter Saskia Belleman, tweeting live from the courtroom.

In addition to sexually abusing two of his nine children, Van D. is also suspected of abusing, harming the health, and depriving all nine of his children of their freedom for various periods between September 1989 and October 2019, including the six children found living with him on the farm in complete isolation. The authorities believe they were on that farm for at least nine years. Josef B., the 58-year-old tenant of the farm who was arrested shortly after the family was discovered, is also suspected of depriving Van D.'s children of their freedom. Van D. was not present in court - he is currently in a prison hospital and unable to speak due to a hemorrhage sustained three weeks ago. Josef B. did attend the hearing.

The Public Prosecutor acknowledged that the Ruinerwold farm's doors were not kept locked, but argued that physically is not the only way one can be deprived of one's freedom. The six now-adult children found living on the farm were never registered. Nobody knew of their existence. They never went to school, rarely saw the outside world. And the only view of the world they had, is what their father told them. The children were taught all their lives that going outside would invite bad influences into them. It would make them "unclean" and threaten the mission the family had as those "chosen by god".

"If you are told this from an early age without being given a chance to freely get to know the outside world and discover for yourself what to think and believe, then you don't have to be literally locked up to not be able to leave," the Prosecutor said. "You don't [leave] because then you lose everything you have and the only thing you've ever known. Everything that you have always been told and what you have experienced then functions as a figurative lock on the door."

The oldest three children, who were allowed to go to school but not to interact with the world in another way, were banned by their father from revealing the existence of the rest of their siblings. All the children told the authorities that they were physically punished if their father thought they had a "bad spirit" in them. These punishments correspond to descriptions found in Van D's diary.

Josef B.'s lawyer asked for his client to be released from custody. According to lawyer Yehudi Moszkowicz, B. cannot be held responsible for depriving the six children on the farm of their freedom, because these children did not even officially exist. They have now been registered, "but the question is whether this can be done with retroactive effect", the lawyer said in court.

The Public Prosecutor would not say under which names the children were registered, to protect their privacy. There identity can therefore not be established, and it cannot be concluded that persons have been deprived of their freedom if the identity of those persons cannot be established, the Moszkowicz argued. "It is the registered identity that makes you who you are, according to the law," the lawyer said. It is also impossible to establish whether the children were minors, as their dates of birth re unknown, he added.

Moszkowicz also quoted from statements made by some of the children, saying that they were on the farm out of their own free will. The Prosecutor also said that the outside door of the farm was not locked, the lawyer said.

When given a chance to speak, Josef B. said that he has a "clear conscience". He said he thought people in the Netherlands had the right to their religious beliefs. "I think it's a bit of a witch hunt. If a person believes in God, isn't that his free decision."

The Public Prosecutor wants to keep B. in custody. According to the Prosecutor, the man is not only complicit, but played an essential role in this family's isolation. He rented the farm they lived on, bought their food, worked in their vegetable garden, was their face to the outside world. Without him, the family would not have been able to be so completely isolated, the Prosecutor argued.

The Prosecutor also wants both B. and Gerrit Jan van D. observed by the Pieter Baan Center, and wants experts to examine Van D. to determine whether there is a way to communicate with him and whether he understands what is going on.