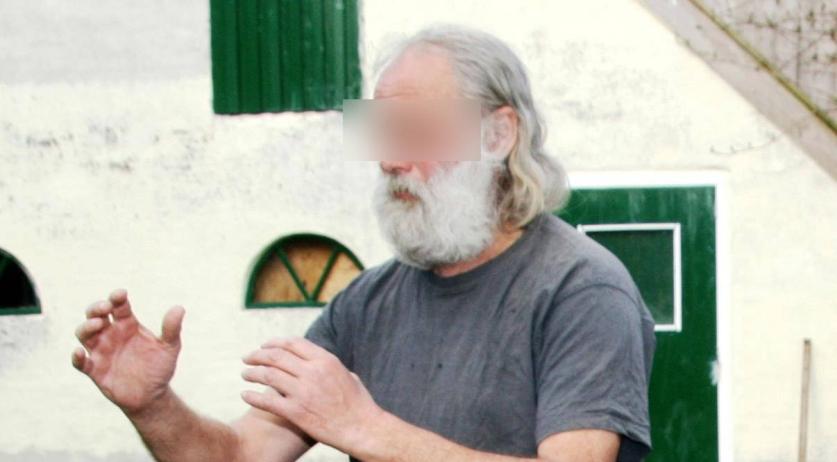 Gerrit Jan van D. regularly beat and abused his children in the around nine years they were kept secluded on a farm in Ruinerwold, according to accounts of how he drove "evil spirits" out of them that he wrote down himself and testimony the children gave the police. In some of those "exorcisms" Van D. used his "spiritual sword", the Telegraaf reports based on those accounts, which are described in the book Spookhoeve Ruinerwold set to publish later this week.

One of these abuses happened early in the morning after Van D. woke up from a nightmare. He regarded the bad dream as a sign that he had to defend himself against an attack by evil spirits, according to the Telegraaf. He took his weapon - it is unclear whether this was a physical sword or a weapon that existed only in his mind, but he described that he received it from god - and woke one of his children, determined to destroy all the evil in him.

Van D. wrote down the punishment as follows: "I chastened him with words because he had such a bad spirit. And hit him a few times with my spiritual sword. I felt there was something in him. By beating him spiritually, I usually kill the spirits in him. But nothing happened and he still looked very arrogant and strange. Then I saw a tiny creature, spiritually, crawling in his head. About 1 centimeter in diameter and round. While I kept talking to him, I caught the being very quickly with my hand. I didn't touch his head. But when I caught the creature, he fell unconscious. I had the creature in my hand and studied it after I killed it with my spiritual sword. After I discovered that being, God destroyed them all and told me there were many, many billions of them."

While Van D. was convinced that he had saved his child from evil, his children saw it very differently. They considered it horrible abuse, according to a statement one gave the police, according to the newspaper. The child said: "Hit or squeeze your throat until you lose consciousness. I can remember that because you wake up and you don't know in a blind panic, disorientation. From [my brother] I know it happened once. He was brought down from the top and it happened in the hallway. I saw that he lost consciousness. My father did that. We always woke up quickly. This happened often. I think dozens of times. In the twenty times I think."

In addition to these rituals, which always ended with Van D. laying hands on them, the children had to deal with their heads being beaten or kicked, their hair being pulled, ice cold showers until they could no loner walk, and being locked up in cupboards or cages, according to the Telegraaf. They sometimes told their father they were grateful to be punished for their sins, out of fear. But often they had no idea what they had done wrong.

The 67-year-old man also punished his "disciples" from Austria, the newspaper writes. One, an Austrian engineer called Hermann, raised his voice to his Dutch teacher in an argument. Van D. thought his pupil was possessed by evil spirits. He physically beat Hermann, tied him up, and dangled him from a ceiling beam. He hung there for hours with his feet off the ground. When the Austrian man was finally let down, he was locked up in a shack for weeks. He was only fed honey and apples, and had to relieve himself in a bucket.

Van D. was discovered living with six of his nine children in a hidden space on a farm in Ruinerwold, Drenthe in mid-October 2019. This happened after one of the children, a 25-year-old named Jan, left the farm and told his story at a local bar. The authorities believe the family lived there in complete isolation for around nine years. A DNA kinship investigation confirmed that the now-adult children living on the farm all have the same mother and father, and that Van D. is their father. Their mother died in Zwolle on 6 October 2004. Van D.'s three oldest children left home before the family moved to the farm.

The first public hearing in the Ruinerwold case is scheduled for Tuesday. Van D. will not appear in court, because he still hasn't been questioned by the authorities, according to the Telegraaf. He is unable to talk because of a brain hemorrhage, and may never again be able to.

Robert Snorn, the lawyer representing Van D., told the newspaper that he does not want to comment. "If I decide to comment substantively, that will only be after the case has been handled substantively. I firmly believe this is the right course of events," the lawyer said to the Telegraaf.