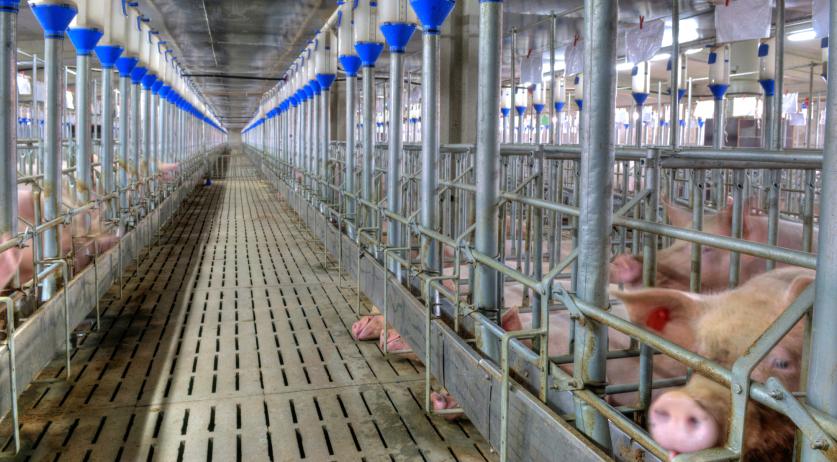 Inspectors from the food and consumer product safety authority NVWA still regularly encounter pigs drowning in a piping hot water bath, kicking and screaming, at slaughterhouses in the Netherlands. Inspectors saw it happen with their own eyes six times in 18 months, according to documents animal rights organization Varkens in Nood requested from the NVWA, RTL Nieuws reports.

The documents cover the period January 2018 to July 2019. They show that in multiple cases, pigs were not killed properly and suffered terribly as a result. There were also cases of slaughterhouse workers not checking whether a pig was unconscious, resulting in the animals being slaughtered while awake and aware.

One inspector wrote: "The pigs must be dead at this stage. I saw a pig lowered into the hatchery tank and be submerged in the hot water of about 60 degrees. The animal went berserk to such an extent that water gushed over the tank." The subsequent animals that went into the tank were not dead either. "I saw several pigs thumping with their hind legs. I also saw that a pig threw it head back and started struggling violently. The animal was still alive."

Another inspector found a live big dumped in the cadaver box. Other pigs were found living in their own waste. They got such serious infections that they could no longer stand on their legs. Animals were also kicked and beaten.

Each of the around 21 large slaughterhouses in the Netherlands have a permanent NVWA inspector on site. The small slaughterhouses are checked on a random bases. The inspector walks through the slaughterhouse multiple times a day and intervene if they see violations. But they do not have a constant overview of the entire slaughter process. So it may well be that there are even more violations than contained in their reports.

Research by RTL Nieuws in 2018 also found animals being cooked alive in the hatchery tanks.

According to Varkens in Nood, it is now really time for a change. "The only solution is independent camera surveillance on every slaughter line," Frederik Schouten of Varkens in Nood said to RTL. "And a slaughterhouse that still goes wrong more than once must be closed immediately."