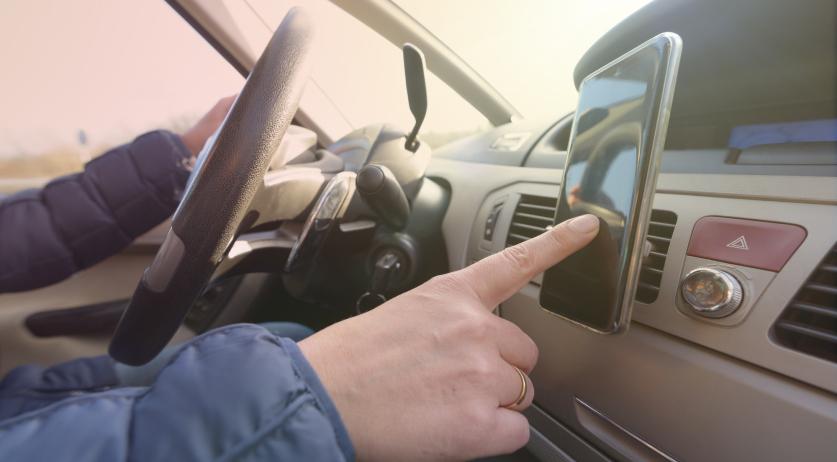 The law stipulates that drivers are not allowed to hold a mobile device while driving. Operating a phone while it is in a hands-free kit is permitted. The SWOV researchers found that drivers who text with their phone in the hands-free holder still swerve more, don't keep a constant speed, and drive more slowly.

"From the point of view of road safety, texting on a phone that is placed in a holder is also undesirable," SWOV said. "A ban on holding a phone alone then also gives a wrong signal to the road users; one could wrongly think that texting with the phone in the holder is safe." The foundation wants to do more research into "handheld versus hands-free".

A spokesperson for Minister Cora van Nieuwenhuizen of Infrastructure and Water Management, which includes traffic, said to AD that texting behind the wheel in whatever way is extremely dangerous. "But a mobile phone in a holder may be used for navigation. A navigation app can point out a detour or accident, which is good for road safety and traffic flow. A ban on operating a mobile phone in the holder is therefore not a good idea for us."