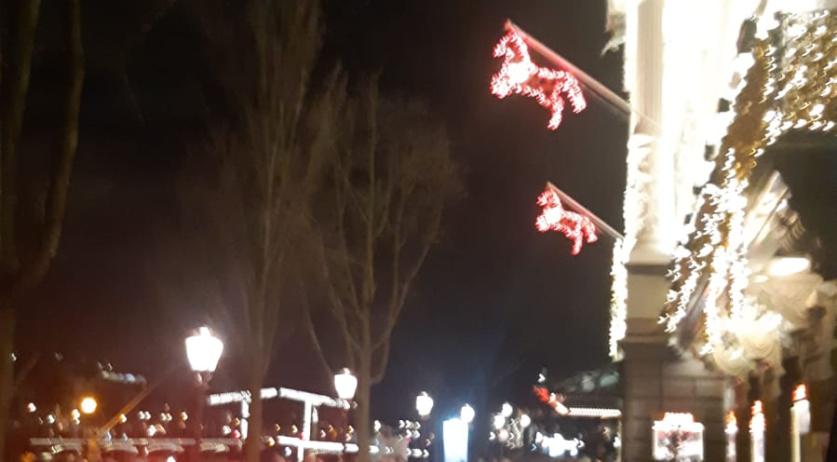 The crowd gathered outside the entrance to the World Christmas Circus at Carre in Amsterdam. Dec. 20, 2019 - Source: Afro Magazine at
Entertainment
Weird
Amsterdam
Noord-Holland
Sky Angels
Carré
paramedics
Share this:

A team of circus performers fell roughly ten meters to the ground during a performance at the Carre theater in Amsterdam, reported broadcaster AT5. The accident happened during Friday's second performance of the World Christmas Circus late Friday afternoon.

Police told several media outlets that one of the two circus performers was in critical condition, and the other was injured. The act, known as Sky Angels, comprises of a man and a woman performing acrobatic stunts, often swinging through the air with no safety net below.

They "fell out of the sky during the final act," said attendee Dennis Sol, who added on social media that he was attending the show with his kids. "Hope both are ok. Violent and traumatic, for everyone."

Another witness said it appeared as if the duo fell quite hard with the man landing on the woman.

One witness, speaking to AT5, said that an injured person was seen unconscious on the floor before the audience was told to leave the theater. Firefighters and paramedics were treating the injured people inside the Carre.

A trauma team was dispatched by helicopter, and several first responders were sent to the theater between 6:50 p.m. and 7 p.m. The broadcaster said the show was immediately canceled. Another performance was scheduled to take place later in the evening.