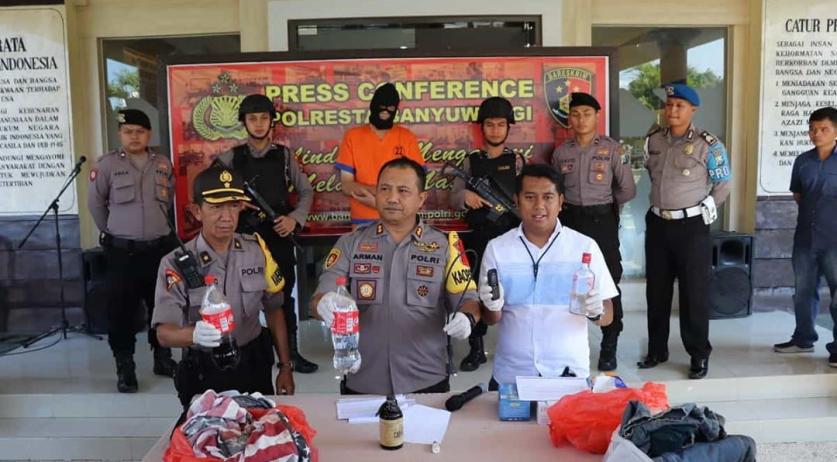 The Dutch ex-husband of a woman was arrested after confessing to causing her death in Indonesia, police in the Banyuwangi Regency of East Java said at a press conference. Hendrik T., 56, was taken into custody for the strangulation death of 41-year-old Nur Hofiani at his home.

He allegedly wrapped a USB cable around Hofiani's neck when she was snoring loudly and ignored his efforts to wake her up. He yanked on the cord when she continued to snore, and died. The two had a child together before they divorced in 2016, the Telegraaf reported.

Police said the crime happened in the early morning hours of Monday. He sent a message over WhatsApp to a neighbor asking for help at 3:39 a.m., according to local media. In the message he apologized for the disturbance, saying he was in trouble because she died.

The neighbor said T. asked him for a ride to the hospital claiming he was too drunk to make it on his own. At the hospital he told a doctor that there was a corpse at his home, at which point he was reportedly handed over to police.

Earlier in the year, T. had reported his ex-wife to police on allegations of slipping drugs into his coffee to knock him unconscious, according to Indonesian regional media. He said Hofiani stole money from him while he was knocked out for about three days.

The Telegraaf also reported from a police source that though the two had maintained contact after the divorce, they were more frequently in conflict with each other. This was often due to financial issues.