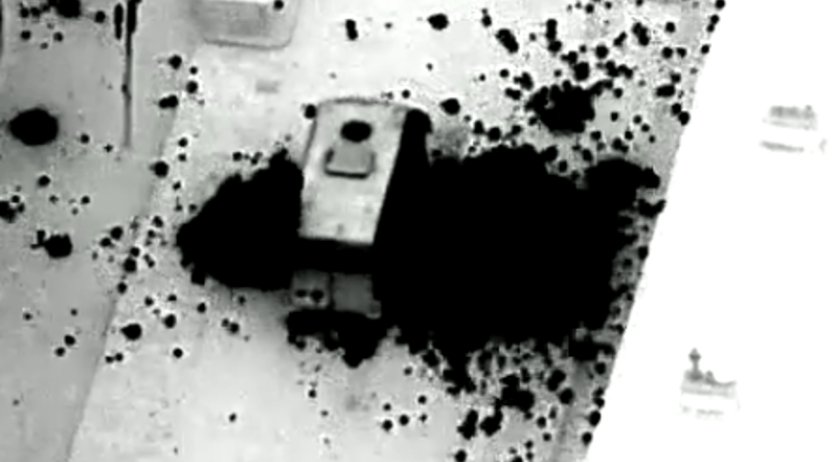 The police released a video of an incident in the Duindorp neighborhood of The Hague on December 3rd. Someone in a group of young people threw a firework bomb under a police van, which was in the area due to unrest after the annual New Year's bonfire was canceled. The police are looking for the perpetrators.

The blast severely damaged the police van. Fortunately, none of the seven police officers inside were injured, though some did report issues with their ears afterwards.

The incident happened at around 10:00 p.m. on December 3rd. A group of young people ran onto Pluvierstraat, and threw a projectile at the van driving on the street. The throwing of the projectile was filmed by a police helicopter. The video shows the projectile rolling towards the van, followed by two explosions.

Throwing such a large firework is extremely dangerous, police chief Paul van Musscher stressed. "Unfortunately my people are used to this. Certainly in the run-up to New Year's, we see fireworks thrown at police officers. But throwing such a firework bomb at officers crosses a line. This could have seriously injured several police officers or worse. People who are committed to safety in our society. Who are doing nothing but their jobs," he said.

The police chief emphasized that violence against his officers is not tolerated. "I urge everyone to stop this violence, to stop throwing fireworks like this," Van Musscher said. "Realize that this does not only put our police officers at risk. Consider what can happen if, for example, your son has this type of firework under his bed and it goes wrong. What if these fireworks go off prematurely in a group of people? The consequences cannot be ignored."

The police call on witnesses or anyone with information that can help identify the perpetrator or perpetrators to come forward.