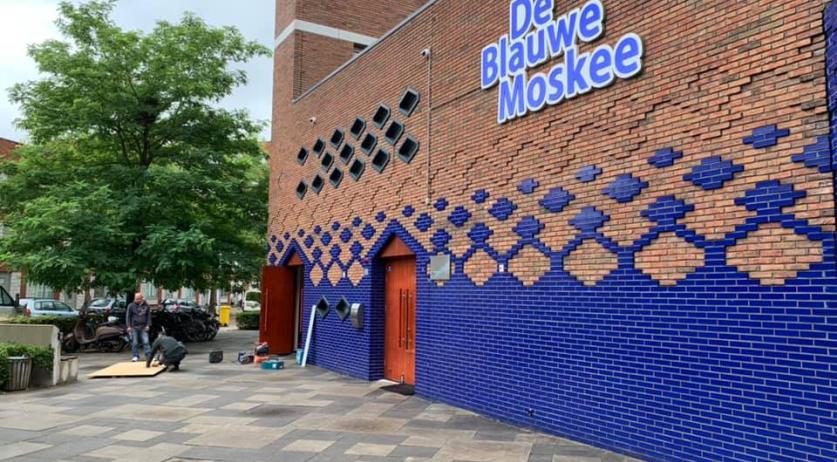 On Friday afternoon the Blauwe Moskee an Amsterdam will sound its first enhanced call to prayer. A specialized company connected the speakers and performed noise measurements on Thursday, to make sure the Adhan does not exceed any noise limits, imam Yassin Elforkani said to Het Parool.

Elforkani hopes that Friday's first enhanced Adhan will be the beginning of a new tradition. The call to the most important prayer of the week on a Friday afternoon will be done through speakers from now on. He hopes that this will help make Islam more visible so that Amsterdam residents can become more used to the religion. "We do not want to provoke with this, but try to normalize Islamic traditions", the imam said to Parool last month.

The Blauwe Moskee is the first mosque in Amsterdam to boost its call to prayer. The Amsterdam city council was critical about the idea, and mayor Femke Halsema called enhancing the Adhan unnecessary and outdated. But they had to acknowledge that this falls under religious freedom - the same as Christian churches are allowed to ring their bells on Sundays.