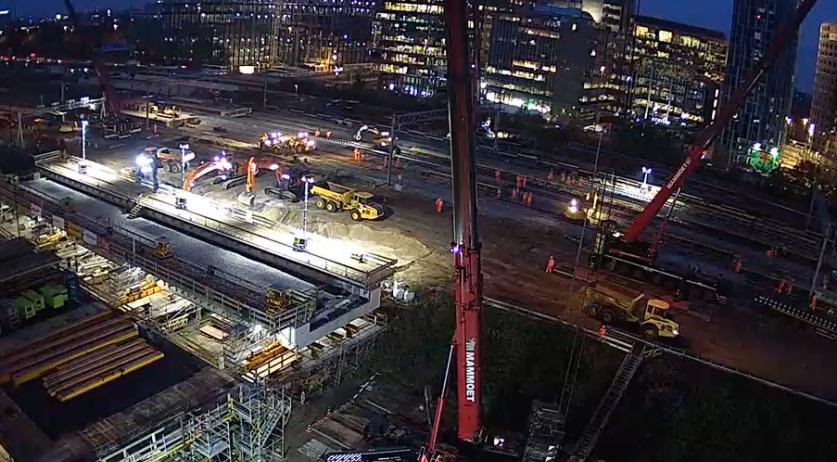 Coming to Amsterdam Zuidas today? “Don’t do it,” city says

Amsterdam Zuidas is unreachable by train or car today and through the weekend. People planning to go to Zuidas on Friday are urgently advised not to do so unless absolutely necessary.

The installation of a massive rooftop for the new passenger tunnel from Amsterdam Zuid station across the A10 South and the railway means that car and truck access will be severely limited during the 79-hour period, with no trains running at the area's train stations on Friday and Saturday.

The highway closures started at 10:00 p.m. on Thursday and are expected to last until 5:00 a.m. on Monday. They are expected to cause major traffic problems, especially on Friday. "People who commute by car are therefore urgently advised to work from home or elsewhere and to leave the alternative routes as free as possible for those for whom car travel is absolutely essential", the city said.

Motorists are being advised not to travel to or around @ZuidasAmsterdam from 1-3 November due to the partial closure of the A10. Public transport services will also be affected and passengers should allow extra time for their journey. Learn more: https://t.co/UXwCRWUkme pic.twitter.com/5K2UFb1NAR