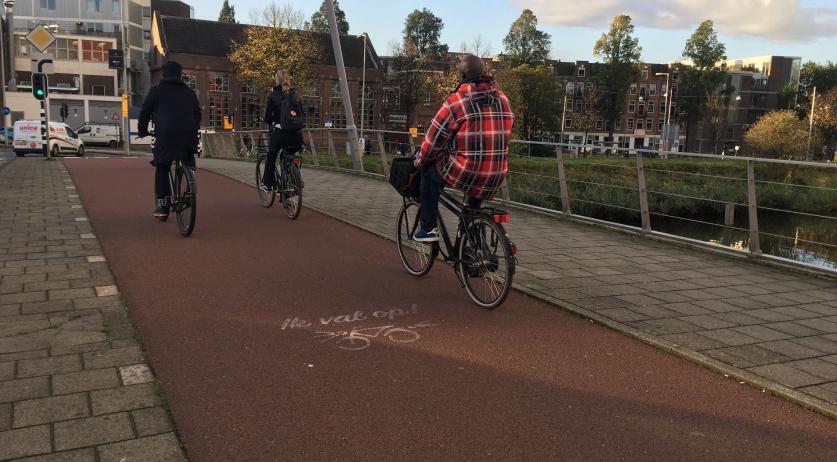 Minister Cora van Nieuwenhuizen of Infrastructure and safe traffic association VVN launched a campaign to draw attention to proper lights on bicycles on Monday. Winter and the end of daylight savings time on Sunday mean that it's getting dark earlier and earlier, making it even more important that cyclists are well noticeable on the roads.

According to VVN, 95 percent of cyclists call it dangerous to cycle at night without lights. Yet 34 percent of cyclists have no or insufficient lights on their bicycles. 20 percent of bicycle accidents happen in the dark, while only 10 percent of bicycle kilometers are covered in the dark, the organization said. A working front and rear light reduces the risk of such an accident by 17 percent. That makes awareness about the role of good visibility in traffic crucial, according to VVN.

To kick off the campaign, called Ik val op or "I am noticeable" in English, Minister Van Nieuwenhuizen and VVN will carry out bicycle lighting checks around sports club HBS-Craeyenhout in The Hague, according to Dagblad van het Noorden. Similar checks will be held throughout the country in collaboration with the police and municipalities.

VVN also launched an information package online, where cyclists can find out how to improve their visibility on the road.