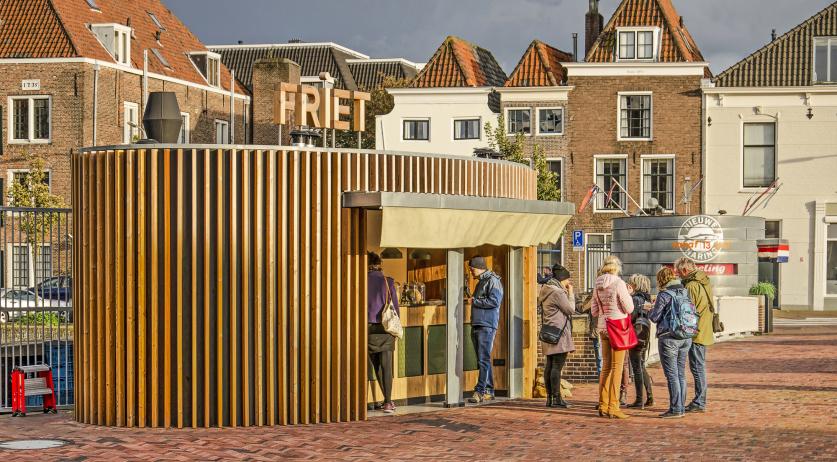 More than half of the 1,500 to 2 thousand fries stalls in the Netherlands have disappeared in the past 20 years. "In ten years' time, there might be only 100 or 200 fries stalls left in the Netherlands", according to fries expert Ubel Zuiderveld. His new book De Frietkraam is kind of a requiem for this disappearing food culture, he said in an interview with newspaper AD.

"Every month a stall disappears from the streets, and that is very unfortunate", Zuiderveld said. Especially given the increasing popularity of veganism and vegetarianism. "With the enormous rise of veganism, fries should be heading towards golden times. If the fries are fried in vegetable oil, which is usually the case, and egg-free mayonnaise is served with it, it is a great vegan snack."

According to him, the problem is that stalls are considered 'untidy', and real estate in the Netherlands is expensive. "As soon as a municipality starts redesigning as square or street, the fries stall will disappear from view. The square meters in the Netherlands are expensive, so they prefer to use them for buildings or a parking space", Zuiderveld said. "In the world of spatial planning, we see this type of street vendor as clutter. While fries are the ultimate example of street food in the Netherlands. A food culture that is now disappearing."

For his book De Frietkraam, Zuiderveld followed the development of fries kiosks, -stalls and -cars in the Netherlands for 20 years. He recorded these developments in photos and texts