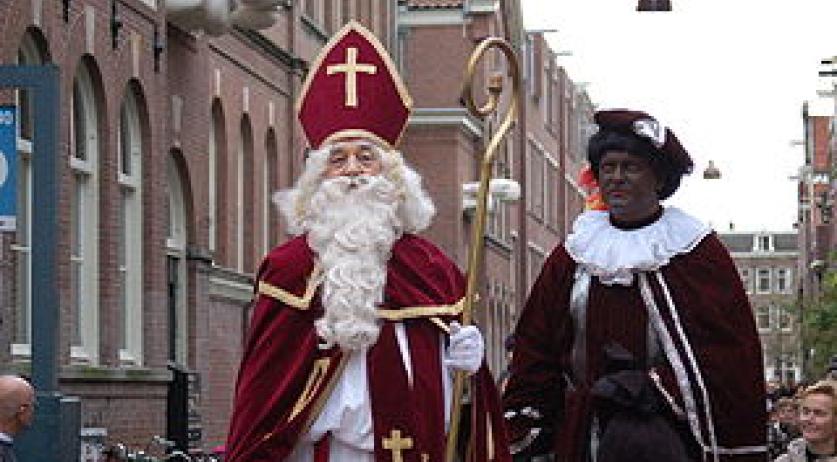 Sponsors pull out of Sinterklaas event over blackface complaints

A number of sponsors are withdrawing from the Sinterklaas arrival event in The Hague this year after they received a letter from anti-racism action group Kick Out Zwarte Piet. The sponsors found the letter threatening, EenVandaag reports.

The Sinterklaas party in The Hague this year will include a mixture of Zwarte Pieten in full blackface makeup and so-called Chimney Pieten with soot marks on their face.

Last week sponsors of the event received a letter from Kick Out Zwarte Piet. "We hoped that you wouldn't want your money to be used to buy the black face paint and the curly wigs that ridicule people of color", it read, according to EenVandaag. "Is it not time for your organization to distance itself from this racist caricature? We will soon take action against Zwarte Piet at The Hague's arrival. Then we will pay special attention to te sponsors of the party in this outdated form."

Pieter Boelhouwer, organizer of Sinterklaas' arrival party in The Hague, did not know about the letter, he said. "We are trying to organize a positive party this year with Chimney Pieten and Zwarte Pieten. Starting next year with Chimney Pieten only. Some sponsors experienced the letter as intimidating, I understand that they are now withdrawing. A number of volunteers also dropped out. No one wants this kind of negativity", he said to EenVandaag. "It is very difficult to find sponsors for a children's party, to keep it affordable. Now there is a financial gap and I have to look very closely at what we will still be able to do."

Kick Out Zwarte Piet told the program that the letter was not intended to be intimidating at all. "It is a shame that some people experience the letter as such", spokesperson Mariam El Maslouhi said. "We wanted to ask the sponsors if it is true that they still support the arrival financially and how they feel about it, but we didn't want to scare anyone. Our goal was to engage in a dialogue and have an emancipating conversation."