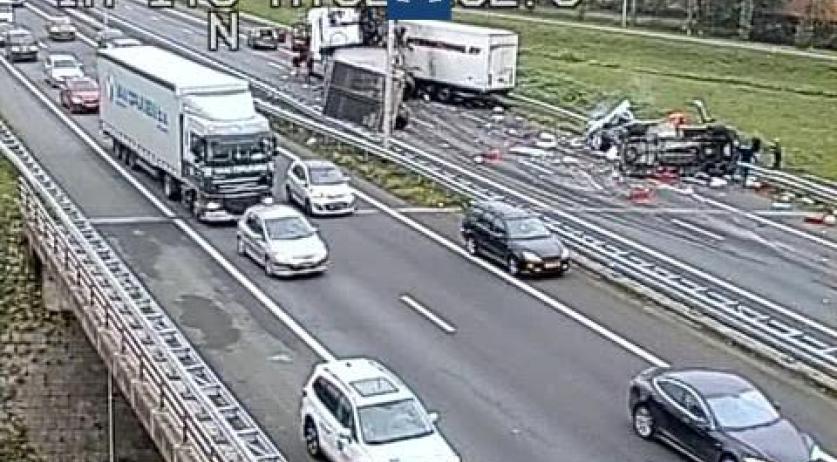 One killed, 6 hurt in highway crash near Nijmegen

One person was killed and six people were hurt in an accident on the A73 highway near Nijmegen on Tuesday. At least three people were taken to hospital by ambulance.

The first ambulance was dispatched to the scene just before 9:45 a.m., followed by a trauma team by helicopter a few minutes later. A total of five paramedic teams were sent out, excluding the trauma helicopter. The situation was elevated to a GRIP 1 at 10:03 a.m. - which means that a commanding officer from one of the emergency services took command of the entire scene for all responding agencies.

According to the Gelderland police, a total of five vehicles were involved in the crash - two trucks, one van, and two passenger cars. The extent of the victims' injuries is not yet known.

The A73 is currently closed at Beuningen, travelers association ANWB reported on Twitter. Traffic towards Nijmegen is being redirected via the A67 highway. A detour was also implemented for traffic towards Venlo.

The A73 highway is expected to be closed until at least 4:30 p.m., according to De Gelderlander.

The police are investigating the cause of the accident.