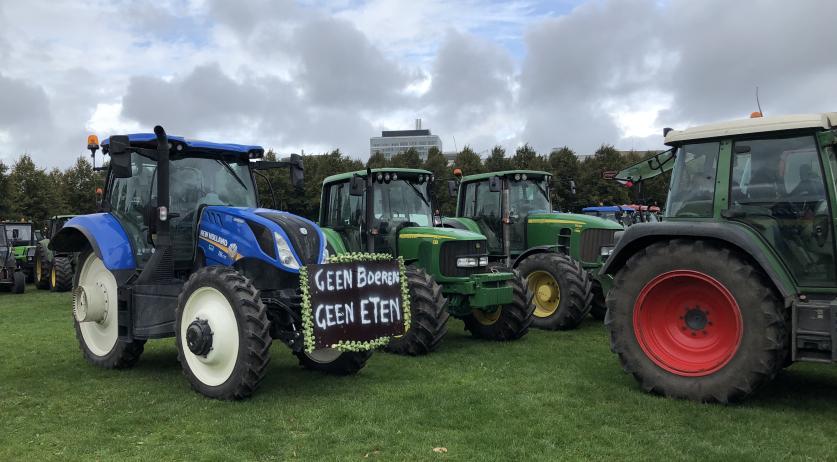 The police arrested two men on Tuesday in connection with incidents during a farmers' protest at the Groningen provincial government on Monday. Both men are suspected of public violence, the police said in a statement. That brings the total number of suspects arrested up to three.

On Monday hundreds of farmers went to protest against new rules surrounding nitrogen emissions at eight of the twelve Dutch provincial governments. The protest in Groningen got out of hand.

Protesters rammed the door of the Groningen provincial house with a tractor and stormed the building. Another tractor hit a police horse, and yet another was used to pull down a fence on Vismarkt.

All three suspects are in custody for further investigation.

The moment Dutch farmers breached the door of the Groningen provincial government building with a tractor. People momentarily stormed the building before being forced/encouraged to leave again. pic.twitter.com/RehNzvN9i1