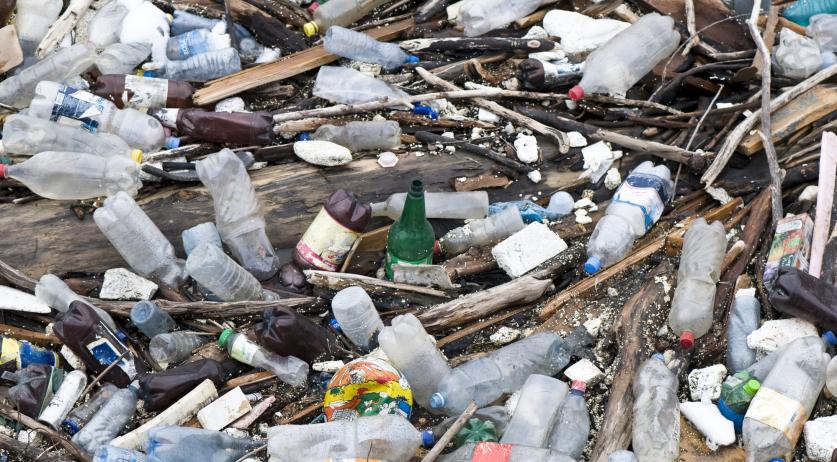 Too many single-use plastics tossed in trash; Deposit on small bottles possible

As the industry is failing to reduce the number of single-use plastic bottles ending up in the trash and littering the streets and nature, State Secretary Stientje van Veldhoven of Infrastructure and Water Management has decided to move up her decision on introducing a deposit on small plastic bottles.

It was agreed with the industry that if the number of small plastic bottles in litter is not reduced by 70 to 90 percent, and if a recycling rate of at least 90 percent isn't reached, a deposit will be used on these single-use small bottles, Van Veldhoven said in a letter to parliament, AD reports. That goal is nowhere near being met, she said.

"This development is of great concern to me and I believe cannot be without consequences. The measurements for the second half of 2019 will be decisive for this", she said. The State Secretary initially planned to make a decision on a deposit for small bottles in the fall of next year, but she has now moved up that decision to the coming spring. A deposit system can then be implemented from the spring of 2021. "I will make a decision based on the measurement figures for litter and reporting on the 90 percent recycling target. Postponing the introduction is not an option for me", Van Veldhoven said.

Van Veldhoven also said that the association of Dutch municipalities VNG and the packaging industry are little to no action to make sure that cans don't end up littering the streets. "So I decided to take measures myself to ensure the reduction of the amount of cans in litter." She is considering various measures, "including legal measures", on this front. Exactly what these measures are, is not yet clear.