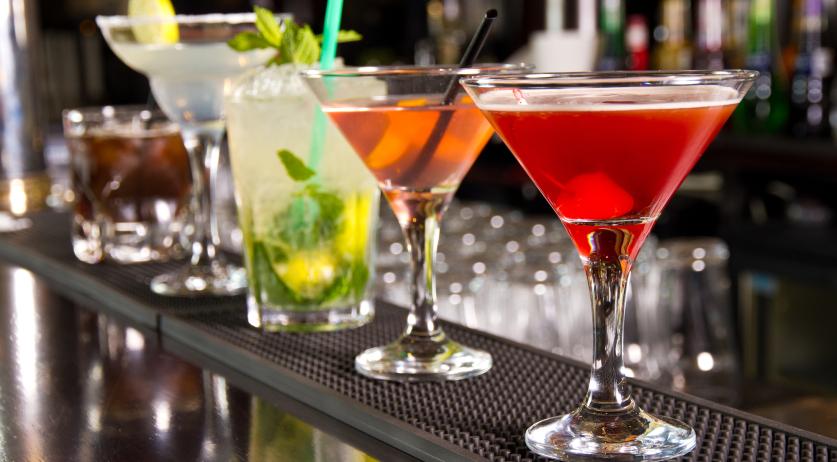 While alcohol remains the number one cause of addiction problems in Amsterdam,young adult residents of the capital are drinking less than they did in 2000. There are also fewer smokers, though cocaine use increased, according to the newest Antenna, an annual study by Jellinek and Amsterdam University of Applied Sciences into the alcohol and drug use of Amsterdam young adults, Het Parool reports.

Amsterdam residents who visit a bar drink an average of six glasses of alcohol. Of the people being treated by addiction institute Jellinek, 45 percent are alcoholics. Bar visitors realize that alcohol is a problem. Six in ten say they drink too often or to much. And non-alcoholic alternatives and periods in which no alcohol is consumed are becoming more common. Sales of no alcoholic beer increased by 32 percent last year.

Along with general alcohol consumption, the number of at-risk drinkers - people who drink four or more glasses of alcohol at least two days per week - is also decreasing. Between 2000 and 2018, the percentage of at-risk drinkers among Amsterdam's young adult population decreased from 33 percent to 21 percent.

The proportion of smokers also decreased, from almost half in 2000 to less than 20 percent last year.

"There is an increasing focus on the health risks of recreational consumables, which leads to a decrease in use", researcher Ton Nabben of the Amsterdam University of Applied Sciences said to Het Parool. "We have not measured it, but I a convinced that Amsterdam now has more gyms than 20 years ago.

On the other hand, the Antenna shows that cocaine use is on the rise in the capital. 38 percent of respondents indicated that they had used cocaine recently, compared to 18 percent in 2000. And ecstasy remains popular as a "special occasions" drug, used one to five times a year. The use of laughing gas also increased, especially among young people with a migration background.

Cannabis is the number two addiction treated by Jellinek at 17 percent, and opioids is in third place with 14 percent of patients.

Last year the researchers surveyed 540 bar visitors, with an average age of 26. The Antenna is funded by the municipality of Amsterdam, who uses its results to make policy. Jellinek uses the results for prevention work.