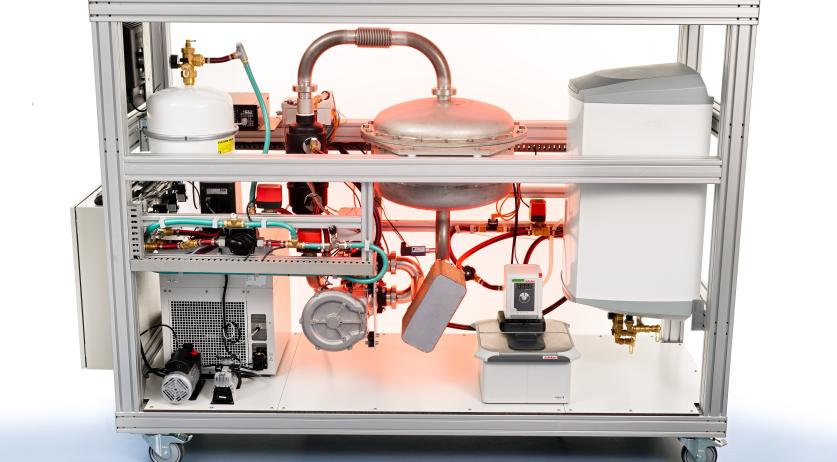 Researchers at TU Eindhoven and TNO were awarded an European grant of 7 million euros to further develop their heat battery. Their battery stores sustainably generated energy to heat homes even on cloudy and windless days. This can be a significant step towards reaching the goal of getting all Dutch homes off the natural gas network by 2050, according to TNO.

"Generating sustainable energy via solar panels or wind turbines has one major disadvantage. No energy is generated on a cloudy day or when it is not windy. And vice versa you have days when more energy is produced than is necessary", Olaf Adan of TNO said to Omroep Brabant. It is already possible to return surplus generated energy to the grid or store it in an electric battery. But according to Adan, those batteries are less efficient, larger and much more expensive than the heat battery TU Eindhoven and TNO are developing.

The researchers are going to use the grant to further develop the battery for the consumer market over the next two years. "We are going to test it together with housing associations in Eindhoven neighborhoods, but also in France and Poland", Adan said to the broadcaster.

The heat battery uses only two components - water vapor and salt hydrate, according to TNO's website. Brought together, the water binds to the salt and forms salt crystals - a process that releases heat, which can then be transformed into electricity. "The great advantage of this process is that it is reversible", TNO explained. "When heat is put back into the system - using solar energy on a sunny day, for example, or from a wind turbine on a windy day - then the water and salt separate. In short: as long as the water and salt are separated, energy is stored. When the two are brought together, heat energy is released."

The TNO and TU/e heat battery is "stable, has high levels of stored energy retention, and - used properly - could last at least twenty years", Adan said on the TNO site. It can be charged and discharged without energy being lost. And it has enough capacity for the average family to take hot showers for two weeks.

Depending on energy requirement, a battery will cost between 3 thousand and 6 thousand euros - an affordable investment for the average consumer that will easily be made back given the high cost of heating, Adan said to Omroep Brabant. "The battery is affordable, and it's no bigger than a fridge This is a breakthrough that makes energy storage a feasible application, right down to the level of residential blocks or even individual homes", he said on the TNO site.