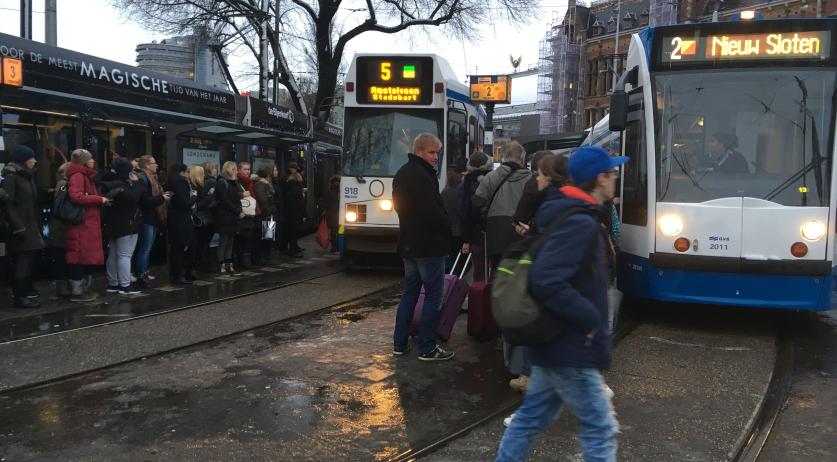 In the Netherlands, the amount of money spent on car costs is 10 times higher than that spent on public transit.

The prices of public transport include ticket prices for the train, tram, subway bus and taxi. The prices for traveling by train, tram and subway increased by nearly a quarter over the past decade. Traveling by bus or taxi was 40 percent more expensive in July 2019 than in 2009.

The costs of using public transit increased relatively steadily over the past decade, with a spike in the past year. According to the stats office, this has to do with the increase in the low VAT rate from 6 to 9 percent.

For personal car costs, Statistics Netherlands included the purchase, maintenance, fuels, parking, insurance and motor vehicle tax. About a third of the total car costs is spent on fuel, which means that the costs of owning a car move with the fluctuations in oil prices and exchange rates, the stats office said. The price of car fuels was nearly 26 percent higher in July 2019 than in 2009. The prices of petrol and diesel rose by over 30 cents per liter in that period.