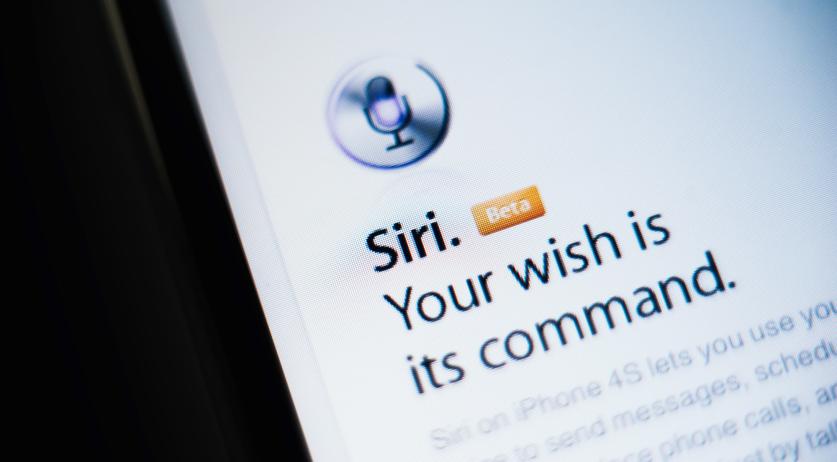 Apple promises to stop listening in on Dutch Siri conversations

Employees of a company hired by Apple are listening to conversations Dutch have with Siri, without Apple explicitly informing its users that the things they say to Siri may be heard by others, NU.nl reports based on statements from a whistleblower and documents in the newspaper's possession. On Friday the tech giant promised to stop this practice for the time being.

The work of analyzing Siri conversations is carried out by Irish company GlobeTech. NU.nl made contact with a whistleblower, a former Dutch employee of GlobeTech, after NOS revealed last month that others listen to Dutch conversations with their Google Assistant. On Thursday Google announced that it will temporarily stop transcribing audio clips from the Google Assistant.

The whistleblower told NU.nl that he and dozens of other GlobeTech employees listened to thousands of excerpts per day to analyze them. "I worked with a group of about 20 Dutch people, but there were also people working on other languages." Most of the recordings listened to were between a few seconds and 40 seconds long. Their job was to improve the transcribed versions of the recorded fragments. "Sometimes the sentence was roughly correct, but one or two things had to be done about it in terms of language. And sometimes it wasn't right at al." He had to process 400 fragments a day.

Apple does not explicitly make clear to Siri users that their conversations with the assistant can be listened to by others, according to the newspaper. On Friday morning, the tech giant told NU.nl that it will stop listening to Siri conversations for the time being. Apple also said it would create a software update that will enable users to indicate that they do not want their Siri recordings heard by analysts. When this update will be available, the company did not say.

Apple told the newspaper that less of 1 percent of Siri conversations are listened to and analyzed by others. According to the company, this is necessary to improve the virtual assistant and to determine whether the fragments were recorded without Siri being explicitly activated. "The requests are not associated with the user's Apple ID."

"It's the same here as we saw with Google a few weeks ago", David Korteweg of privacy organization Bits of Freedom said to the newspaper. There are privacy risks involved with the analysis of unintended recordings, he said. "The people who perform this work do come into contact with potentially sensitive conversations with accidentally recorded fragments. Even a fragment that is not linked to your Apple ID can contain very revealing information."

According to Korteweg, it is the sum of all the little details that is problematic. "Apple is not transparent about it: users don't know it is happening. Apparently Siri is still frequently wrongly activated. Moreover, the work is outsourced: they are not direct employees of Apple. They have a very different relationship with the company than permanent employees."

NU.nl said it sent GlobeTech an email on Monday asking about the work the company does for Apple, but got no response. Repeated attempts to speak to the company by phone before the publication were also unsuccessful. The newspaper found multiple LinkedIn profiles of people who say they work at GlobeTech as a language analyst, some also mentioning Apple or Siri.

Apple would not tell the newspaper in which languages Siri conversations are analyzed. Current open vacancies at GlobeTech for positions similar to that of the whistleblower's indicate that the company is looking for people who are proficient in Dutch, German, French, Danish, Finnish, Swedish, Arabic, and Hebrew.