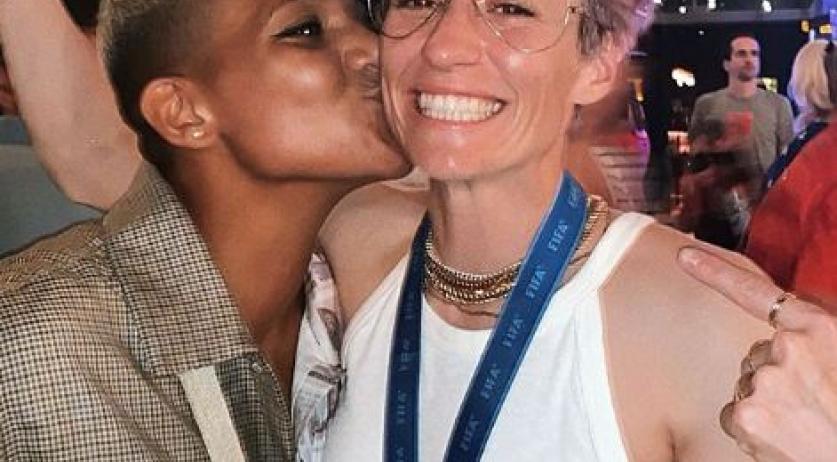 The Oranje Lionesses are not holding a grudge against the United States for beating them in the World Cup final on Sunday, or at least not according to a photo posted by Dutch player Shanice van de Sanden on Instagram. The photo shows her partying with American player Megan Rapinoe.

The photo was taken in Lyon while the two celebrated the American team's World Cup title and the Netherlands' second place. "She told me once... the universe needs a pic from us. So here it is", Van der Sanden wrote with the photo.

Fans loved the photo, as can be seen by its over 45 thousand likes and the numerous comments left. "This is what football is about: Respect. To women's football", one wrote. Another: "An example for men's football in all respects." And: "That's fucking beautiful!!!"

The World Cup final between the Netherlands and United States (0-2) drew nearly 5.5 million viewers on Sunday. The Dutch team arrived back in the Netherlands on Monday afternoon, landing at Schiphol at 5:00 p.m. They spent around five weeks in France for the World Cup.