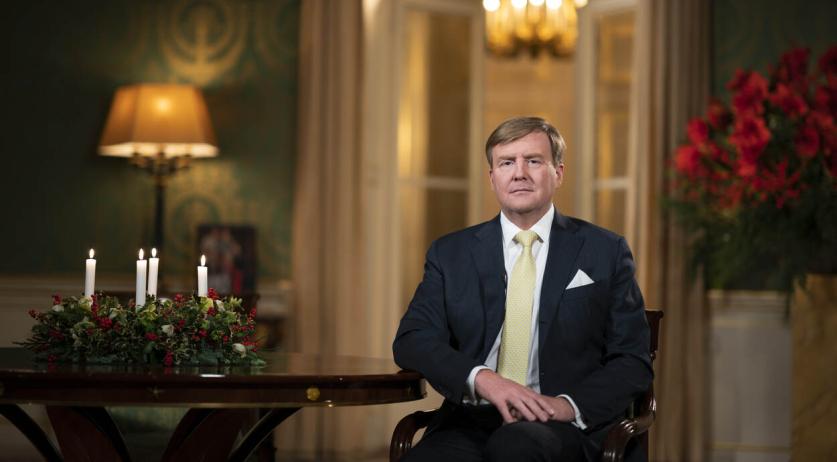 After opening the new Museum Sophiahof in The Hague on Thursday, King Willem-Alexander stopped to speak to a group of demonstrators protesting against the opening of the museum, which focuses on the cultural and historical legacy of the Dutch East Indies. The protesters are descendants of soldiers and civil servants who worked under the administration of the then Dutch East Indies, but never received salary during the Japanese occupation between 1942 and 1945, NOS reports.

The demonstrators think it is not right for this museum to be opened while the salary issue has not been resolved. They see the museum as a "cosmetic" gesture that none of the people involved asked for.

"Apologies! Recognition! Compensation for war damage!" the protesters shouted when they caught sight of the King leaving the museum. He went over to them. "I am here to listen to your stories, of the relatives who did not experience it themselves, but who are carrying it", he said.

"I am very happy that he spoke with the people", a spokesperson for the demonstrators said to NPO Radio 1 afterwards. "That is the first step at least."

In 2015 the then State Secretary Martin van Rijn of Public Health, Welfare and Sports reached an agreement on the salary issue with the Indisch Platform. The agreement was that the former soldiers and civil servants who were still alive on 15 August 2015 received a once-off payment of 25 thousand euros. Relatives of the soldiers and civil servants who died before that date, received nothing. They are angry about this and took the matter to court.

The establishment of the Museum Sophiahof was also part of the agreements made in 2015, according to the broadcaster. The agreement was to create a central meeting and remembrance place where, among other things, commemorations can be held.