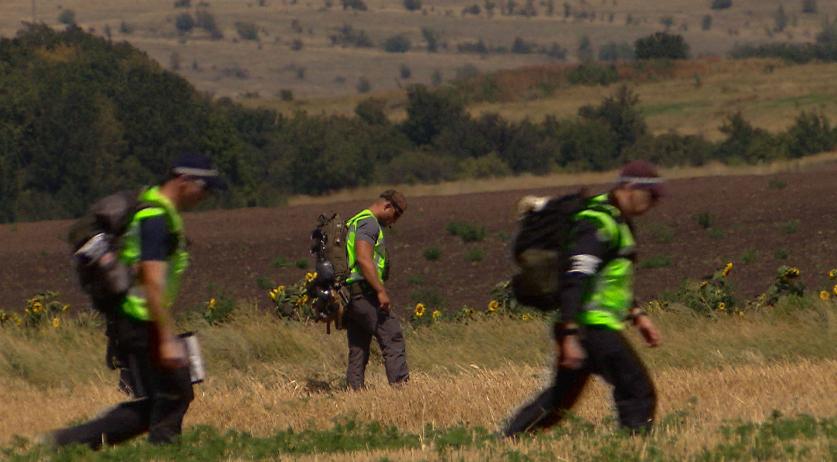 Bellingcat releases names of those allegedly involved in MH17 downing

International investigative collective Bellingcat published eight names of Russians and Ukrainian separatists they believe were directly or indirectly involved in the downing of flight MH17 over eastern Ukraine in 2014. The collective did not say who exactly gave the order to fire the BUK missile at the passenger plane, or who actually pushed the button to do so.

Bellingcat published profiles on a total of 12 people. Some of these names were published before by the collective. In two cases, Bellingcat have not been able to link the men directly to MH17, but to others involved in the disaster. Central to the new Bellingcat report are 150 thousand phone calls the Ukrainian security service SBU.

One of the new names Bellingcat released is that of Valery Stelmakh. According to the collective, he was the man who first reported MH17 as an enemy aircraft to his commander - Igor Belzer. Stelmakh told Belzer that a "birdie" was heading his way, and Belzer instructed him to also report this message "higher up". As such Belzer "may have facilitated the spotting of MH17 as an enemy aircraft", according to Bellingcat. On another intercepted call, Belzer was heard reporting the downing of an airplane to a person who the SBU identified as a Russian intelligence agent Vasily Geranin.

Another new name is Oleg Pulatov, second in command at the military intelligence service of the eastern Ukrainian separatists the DNR. At the time of the disaster Pulatov was the direct subordinate of Major General Sergey Dubinskiy of the DNR secret service. According to Bellingcat, both Pulatov and Dubinskiy are believed to be connected to either the Russian armed forces or secret service, and both played a crucial role in transporting the BUK missile that shot down MH17 from Russia to eastern Ukraine and back. Leonid Kharchenko, another member of the DNR intelligence service, was involved in securing the BUK missile system at the launch site, according to Bellingcat.

Belingcat also writes that Igor Girkin, who also goes by Igor Strelkov, the Minister of Defense of the DNR, closely cooperated with Pulatov and Kharchenko in mid-July 2014. In a call intercepted on July 18th, the day after MH17 was shot down, Strelkov and Dubinskiy can be heard discussing the removal o a BUK missile system from separatist-held territory in Ukraine to Russia.

Bellingcat released its new report only hours before the Joint Investigation Team will hold a press conference to discuss developments in the MH17 investigation. The full Bellingcat report can be found here.