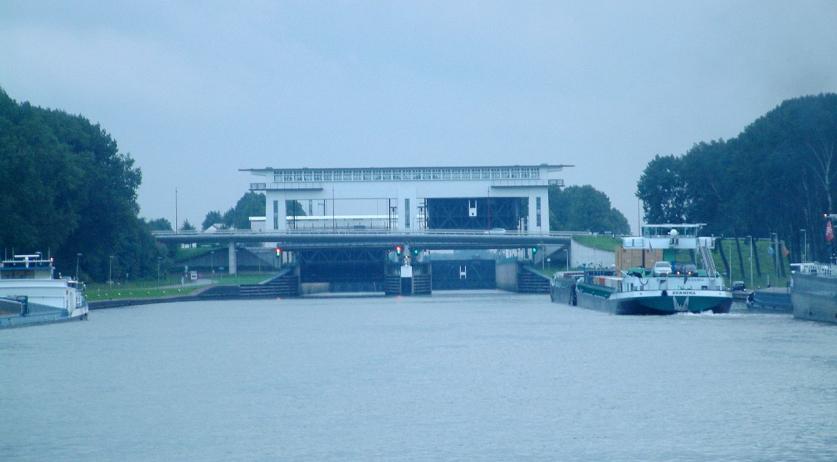 Two people became trapped under the counterweight of a lock door of the Prinses Beatrixsluis in Nieuwegein on Monday morning. Rescue workers managed to free one of the victims around noon, but the other is still trapped. Local safety office Veiligheidsregio Utrecht expects that it will take several hours yet to free the second victim.

The person who was freed around noon, was taken to hospital. The safety office did not say how seriously the victim was injured.

The accident happened late on Monday morning, according to NU.nl. Exactly how the two persons came to be trapped, is not clear. Both victims are employees of the Prinses Beatrixsluis, according to the newspaper.

The Prinses Beatrixsluis is a lock complex that connects the river Lek, the Merwede canal and the Amsterdam-Rijn canal. The complex provides safe passage for over 50 thousand ships a year, according to NU.nl. The lock complex was the first building to be named after Princess Beatrix in 1938, who was born in January of that year.