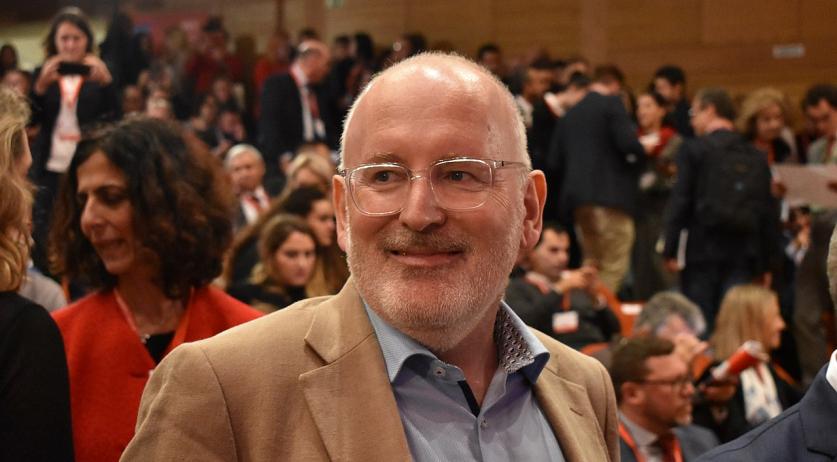 The results of the European Parliament elections are in, with most of the votes counted. Some parties, like the PvdA and FvD in the Netherlands, are celebrating major victories. Others, like the PVV and SP, are mourning defeats.

The elections left the European Parliament more divided. The two largest groups, the Christian Democrats and Social Democrats, suffered big blows. While they are still the two largest groups in the European Parliament, they've lost their majority for the first time. According to the forecasts, the Christian Democrats, to which the CDA belongs, will drop from 221 to 173 seats. The Social Democrats, which include the PvdA, will go from 191 to 147 seats. Other alliances gained ground. The Greens, which include GroenLinks, will climb from 50 to 71 seats. The Liberals, which include the VVD and D66, are expected to go from 67 to 102 seats.

Frans Timmermans is celebrating a major victory with his PvdA in the Netherlands. The Labour party is now the largest Dutch party in the European Parliament with six seats. Despite the loss of the Social Democrats in Europe, Timmermans still wants to be president of the European Commission. "I'm trying to get a majority based on a progressive and social program", he said to NOS after the results came in. He thinks that many Europeans want more cooperation against climate change, in the social field, and on tackling large companies that pay little to no taxes. "These are themes that I encounter throughout Europe, and to which the Social Democracy is committed", he said to RTL Nieuws.

The loss did not come as a surprise, Timmermans said. While the SPD's loss in Germany hurt, the Social Democrats also won in other countries including Spain, Portugal, Sweden, Finland and Malta. The loss of the Social Democrats and Christian Democrats in the European Parliament, and the gains of the Greens and Populists, will make it harder to form coalitions, he expects. "The reality is that Europe is more divided than before, but there is a possibility of getting a progressive majority in the European Parliament", Timmermans said according to NOS.

PvdA leader in the Netherlands, Lodewijk Asscher, is pleased with his party's results. "This is very spectacular. It is really very special that so many people voted for the PvdA. I just heard it is the first time since 1984 that the PvdA has become the largest in the European Parliament elections. That shows how special this is. We are also very grateful, and very proud."

Derk-Jan Eppink of the FvD sees opportunities in the fragmentation of the European Parliament. The populist party went from zero seats to three. "The parliament is becoming more fragmented. It will also be difficult for the larger groups in Europe to come to an agreement. If they do not agree, we can throw a spoke in the wheel. That is exactly what we want to do", he said according to NOS. He is happy with the FvD's results. "You have to enter the European Parliament. And three seats, from zero to three, is a big win. Everyone speaks of the Timmermans effect, but nobody speaks of the Eppink effect. Numerically, this was quite an achievement."

D66 MEP Sophie in 't Veld is disappointed with her party's loss in the Netherlands - the D66 dropped from four seats to two - but also sees opportunities for progressive parties. "I see that the pro-European center is much better. And that the expected triumphal march fo the nationalists and extremists is actually not forthcoming", she said. "And I see that we can work hard here in the next five years and have many allies and sit in a large group with more than 100 MEPs." The further fragmentation of the European Parliament creates opportunities for the liberal group to which the D66 belongs, she believes. "Now it will become much more dynamic and there is much room for reform. That is good news."

According to Esther de Lange of the CDA, the Christian Democrats performed roughly as expected. The fact that the traditionally large blocks of the Social Democrats and Christian Democrats no longer have a majority, creates a situation that is more like in the Netherlands, she said.

GroenLinks is very satisfied with the results in the Netherlands and other European countries. "What hopeful and fantastic results from green parties in Europe. Moreover, young people vote en masse for green. Green politics has never been so big in Europe", party leader Jesse Klaver said on Twitter.