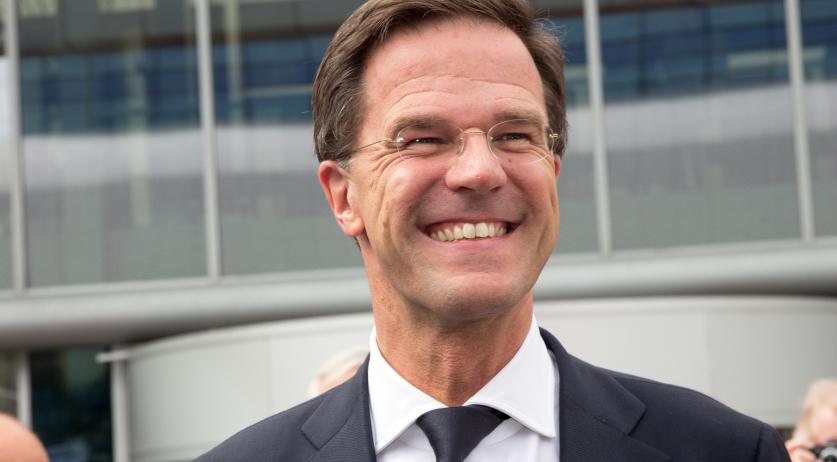 VVD leader Mark Rutte and Forum voor Democratie leader Thierry Baudet will face off against each other in a debate on television program Pauw on NPO on Wednesday evening. No one else is invited to participate in the debate. Other parties, particularly left-wing GroenLinks and PvdA, are annoyed that only the right and far-right will be represented in this debate on the eve of the European Parliament elections, which are being held in the Netherlands on Thursday.

"I hear that NPO/Pauw is organizing a TV debate on Wednesday between the party leaders of the parties that could become the biggest on Thursday. Note: I can!" PvdA leader Lodewijk Asscher said on Twitter. "After all, people don't have to choose between right and right."

GroenLinks leader Jesse Klaver called the days-long quarrel between Rutte and Baudet on social media, that culminated in the organization of Wednesday's debate, a "sham fight" while speaking at a celebration for his party's 30th anniversary in Amsterdam on Sunday, AD reports. According to Klaver, the two parties' economic ideas are very close together. "The sham fights between Rutte and Baudet offer no answers to people's concerns", he said.

"The right has no idea about how we make a connection in society, that we create prosperity together and therefore have to share it together. The right has no idea about a fair climate policy. The right only speaks about migration, Easter eggs or Zwarte Piet", Klaver said. The GroenLinks leader criticized Baudet in particular, saying that Baudet's opposition to the MH17 investigation only supports Putin and that his opposition to climate measures serves only the fossil fuel lobby.

The criticism on Wednesday's one-on-one debate goes beyond it featuring only a right party and a far-right party, according to Het Parool. There are concerns that it is unfair to give only two parties a large stage so close to the elections, while the other participating parties can only watch. On top of that, voters can't vote for Baudet or Rutte on Thursday - neither of them are personally taking part in the European Parliament elections. And as the debate is being broadcast by national public broadcaster NPO, this grudge match between Baudet and Rutte is paid for by tax money.

This is a turning point for the Netherlands, Jesse Klaver said at the GroenLinks gathering on Thursday. "We have 30 years of right-wing behind us. Left-wing politics will be dominant for the next 30 years", he said.

But that is not yet reflected in the polls. The latest poll by Maurice de Hond on Sunday, shows the FvD and VVD clearly in the lead with voter support. If the parliamentary elections were to be held today, Baudet's far-right party would get 27 parliamentary seats and Rutte's right-wing VVD 25. GroenLinks, CDA and PvdA follow in third place with 15 seats each.

De Hond also found that Wednesday's debate may well be beneficial for both the FvD and the VVD. If the FvD voters can be mobilized to go vote - an effect Wednesday's debate is likely to have according to De Hond - it will be at the expense of Geert Wilders and his PVV. The VVD is also getting some advantage from the debate. A large majority of voters for the CDA, D66, PvdA and GroenLinks said they agreed with Rutte's attack on Baudet and his Nexit viewpoints. This could result in more voters for the VVD, as a vote against the FvD, which may push Rutte's liberals to more seats in the European Parliament than the CDA and D66.