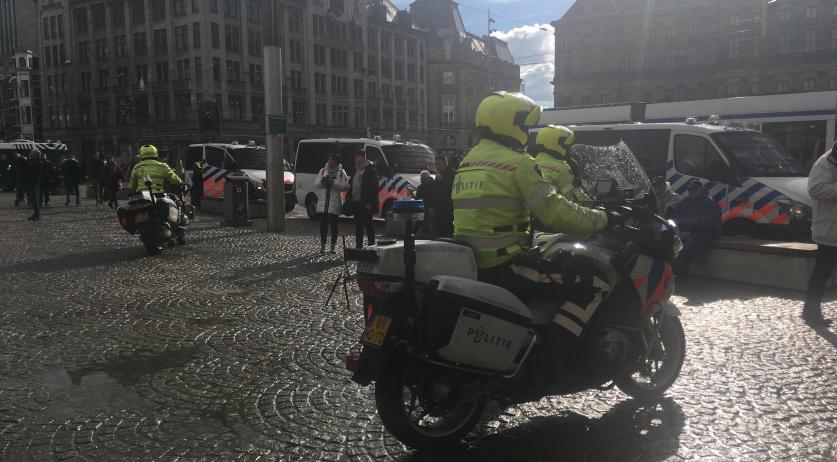 The semi-final match between Ajax and Tottenham Hotspur in the Johan Cruijff Arena, and Ajax's last-second elimination from the Champions League, led to unrest in various places in Amsterdam on Wednesday night. The Amsterdam police arrested a total of around 30 people during the evening, NU.nl reports.

In general, the evening was "fairly quiet" in Amsterdam, according to NU.nl. It was a night that left Ajax players expressing their disappointment in losing and their pride for their overall success. And so many Ajax fans simply went home immediately after the final whistle blew. The crowded bars on Leidseplein emptied quickly. Hundreds of Brits who followed the match in bars in the center of Amsterdam, took to the streets to celebrate the London club's success. Even some Ajax fans joined the celebration, waving the Amsterdam flag and setting off flares and fireworks.

Still, the riot police intervened in a few places during the night. One such intervention happened at the Zuid H entrance of the Johan Cruijff Arena, when Ajax supporters tried to force entrance to the stadium. There was also a "preventative intervention" around Dam Square when Ajax and Tottenham supporters tried to reach each other. Calm returned around midnight. The Ajax supporters were led away, and the Tottenham supporters stayed behind to continue their celebrations on Dam Square.

According to Het Parool, a person was knocked out in a bar on Ferdinand Bolstraat when he cheered for a goal scored by Tottenham Hotspur. Three Ajax fans hit the man on the head multiple times. The perpetrators fled, but the police have surveillance camera footage of the event.