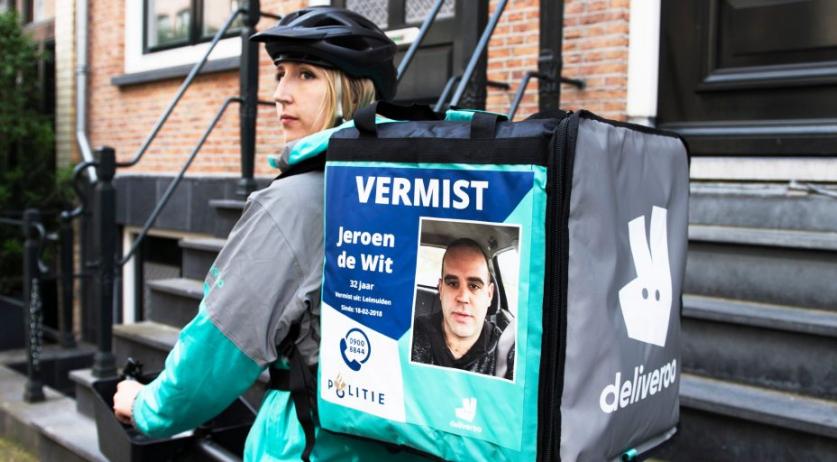 Meal delivery service Deliveroo teamed up with the police and Amber Alert to draw more attention to long-time missing person cases. From Tuesday Deliveroo meal deliverers in Amsterdam, The Hague, Breda and Nijmegen will drive around with the posters of missing persons on their bags, NOS reports.

The missing persons involved in the Deliveroo Ride to Find campaign are:

The police hope that this campaign will result in information about these missing persons' whereabouts.

"All attention for missing people helps", Neeltje Wagenaar of the National Missing Persons Office said to NOS. "Even if it is only consolation that family can draw from the police's search. The worst thing for those left behind is not knowing where their loved one is."

Similar campaigns have proved successful abroad, according to the broadcaster. Three people were found in the United Kingdom following such a campaign, for example.