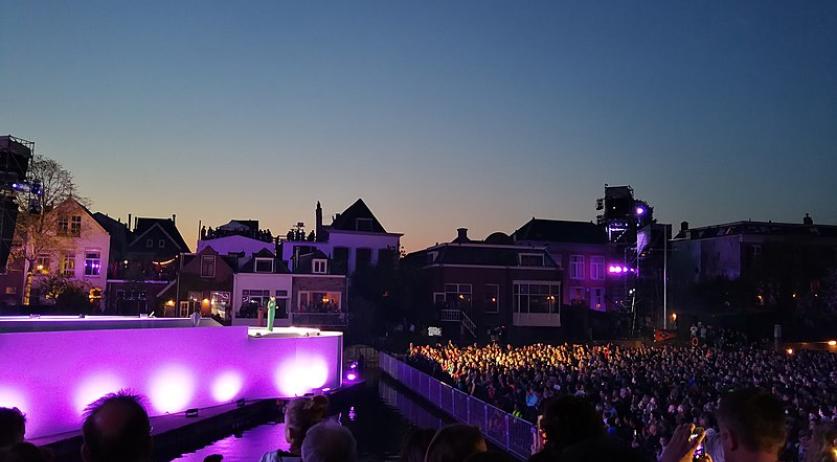 Around 20 thousand people attended the ninth edition The Passion play in Dordrecht on Thursday evening. The modern retelling of the final hours of Jesus' life happened without incident. The police only arrested one man, for flying a drone above the crowd, RTL Nieuws and NU.nl report.

This year the play focused on loneliness with the theme 'you are not alone'. "In the Netherlands, 30 percent of people are lonely, and in Dordrecht even half", narrators Martijn Krabbe said at the start of The Passion. People are now more accessible than ever, but still have less contact with others. "We are social creatures by nature, but it seems that human contact is becoming increasingly scarce and the quality is becoming increasingly rare", Krabbe said.

Viewers were asked to share a photo of them watching The Passion with the hastag #jekijknietalleen, which translates to 'you're not watching alone'. Volunteers also went to 10 Dordrecht nursing homes to watch the television broadcast of the play with the residents.

This year, the role of Jesus was played with Edwin Jonker. Edsilia Rombley played Maria and Lucas Hamming played Judas. Social media was filled with complements for the singers and actors, especially for Jonker. "His voice, his tears, his emotions... Can he do it again next year?" one person wrote on Twitter.

The only incident during the play was the arrest of a 29-year-old man from Dordtrecht. He was arrested for flying a drone around the Oude Kerk and over the crowds. According to the police, he can expect a fine of a few hundred euros. "He maybe thought that he could take better pictures than the professional cameras", the police said on Twitter. The investigation was transferred to the aviation police.