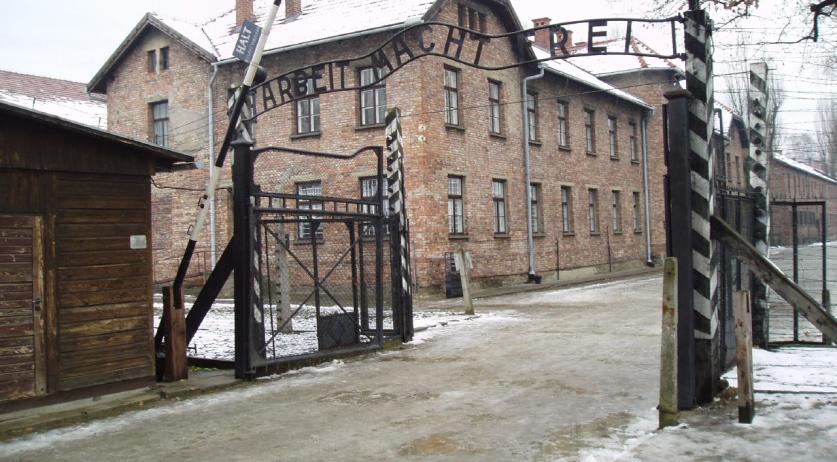 There is conflict at the future National Holocaust Museum in Amsterdam about four photos taken at Auschwitz by Greek camp prisoner Alberto Errera. These four photos are considered the clearest photographic evidence of the Holocaust. The guest curators at the museum want to show the photos in the exhibition The Jewish Persecution in Photos, but the directors of the future museum want to tape them off, the Volkskrant reports.

The photos include unclothed women on their way to the gas chambers, and the burning of piles of bodies. The negatives of the photos were smuggled out of Auschwitz in a tube of toothpaste. The photos are unique, as they are the only images that actually show the mass murders at Auschwitz.

Director Emile Schrijver of the Jewish cultural quarter JCK, which covers the museum, told the Volkskrant that the Errera photos are already on display across the street from the National Holocaust Museum, in the Hollandsche Schouwburg, along with other intense photos from the Holocaust. There the organization is trying to gauge visitor reactions to which photos they want to see in the exhibition of the new museum, which is expected to open in 2022.

"It would be ridiculous to show the photos of the Greek photographer with Greek victims now, while the installation can be visited across the street. The substantive necessity to now show Errera's photos was not necessarily there. After all, the exhibition is about the persecution of Jews in the Netherlands", Schrijver said.

The JCK also has ethical and religious concerns about showing the photos in the exhibition, because of the disrespectful manner in which the dead were treated, according to the newspaper. And considering the educational element of the exhibition, the museum wondered whether the photos are not too horrific.

Eric Somers, one of the guest curators from the institute for war documentation, Holocaust and genocide studies NIOD, disagrees. He believes that the photos need to be shown. "Errera's photos were taken precisely as a cry for attention and to show the outside world which heinous crimes took place in Auschwitz. This must not be ignored", he said to the newspaper.

Somers and colleague Rene Kok see the photos as the logical finale of the exhibition. "We show how the social of exclusion of Jews in 1940 was followed by increasingly restrictive provisions, by the persecution, the deportation and their eventual destruction. The extreme consequence, however shocking, must be shown. They show the terrible fate that Jews from the Netherlands also underwent."

Errera worked for the Sonderkommando, a group of prisoners who were forced to work in and around the gas chambers. It is not known how he got his hands on a camera. The photos were taken in August 1944, at risk of his own life. He eventually died in the camp after being beaten to death by an SS soldier.

Auschwitz was a collection of concentration- and extermination camps set up by Nazi Germany during the Second World War around the Polish city of Auschwitz. An estimated 1.3 million people were deported to Auschwitz. More than 1.1 million people died at the camp, most of them gassed to death. The photos Errera took can be seen here.