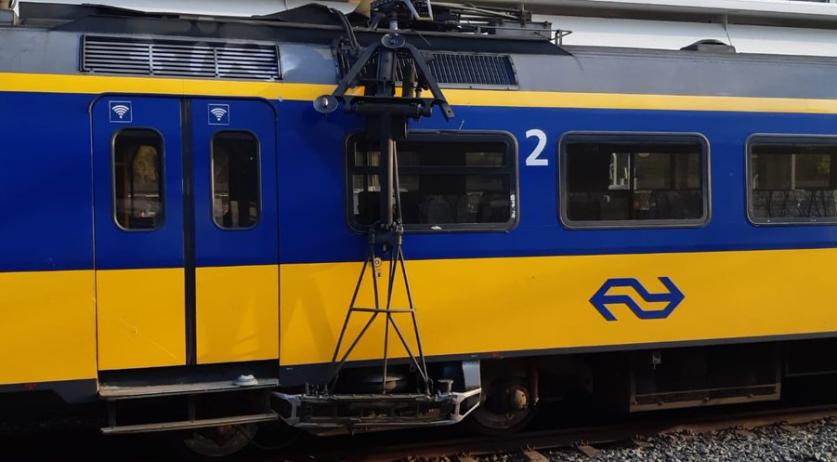 Train traffic on a number of busy routes in the Randstad is heavily disrupted on Tuesday due to a broken overhead line on the tracks between Weesp and Amsterdam-Zuid. The problems will persist until at least 5:00 p.m., according to NS.

A train set pulled part of the overhead line between Weesp and Amsterdam-Zuid loose at around 6:00 a.m., seriously damaging a large part of the line. "It is major damage", a ProRail spokesperson said to NU.nl. "We're doing our best to fix the problems. We hope that everything will be restored before the evening rush hour, but it is difficult to give an exact forecast now."

Only one track is currently available on the busy route between Weesp and Amsterdam-Zuid, resulting in long delays and many cancelations. These also affected countless other routes in the Randstad. For example, many trains were canceled around Schiphol and Leiden on Tuesday morning. And trains are running far less frequently than usual on the route between Almere and Hilversum.

NS deployed buses between Weesp, Diemen and Amsterdam Muiderpoort until evening rush hour. "We advise you to postpone your trip if possible or to use alternative transport. If you are already on the way, keep an eye on the messages at the stations for as up-to-date travel advice as possible", NS said on its website.