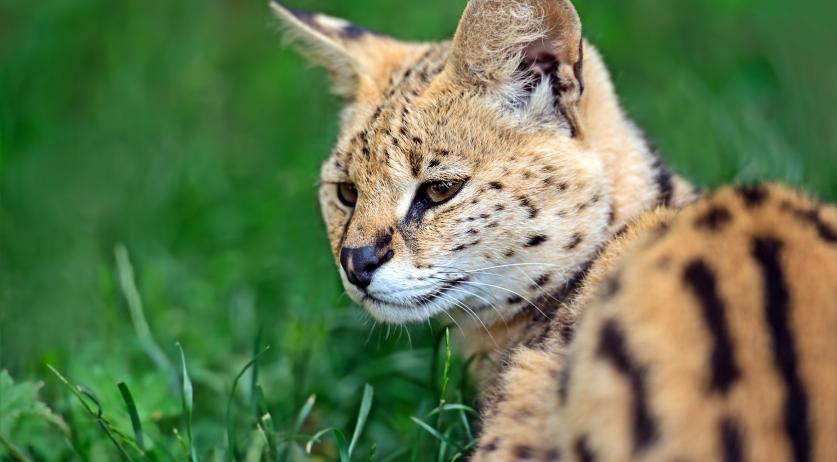 Escaped serval on the loose in Haarlem

A serval  escaped in the Haarlem neighborhood of Meerwijk on Friday. After a weekend of roaming the city, the wild cat was found in an allotment garden in Haarlem on Monday. The local animal ambulance is currently trying to catch the animal, RTL Nieuws reports.

The serval was spotted in the garden on Sunday too, when it was seen "enjoying the spring sun", an employee of Regionale Dierenambulance told the broadcaster. The animal ambulance will install two catch cages and attempt to lure the cat into one of them.

The cat, called Whalhallah, may be aggressive towards people. It is a cross between a thoroughbred serval and the domestic cat species savannah. These cats are considerably larger than normal domestic cats and have pointed heads, striped legs and black spots on their backs. They make barking and growling noises when showing aggression.

In 2017 the Netherlands banned owning servals as pets, because the animals are too wild. People who already owned a serval before the ban, are allowed to keep the animal.