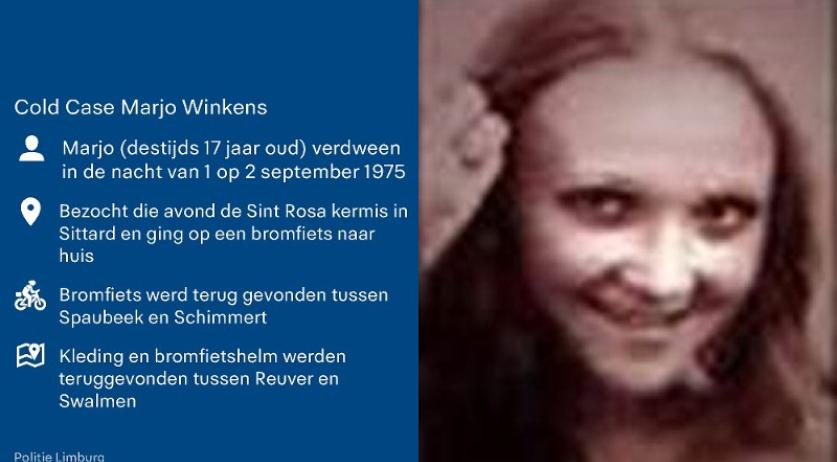 The Limburg police are conducting forensic investigations in the village of Beesel on Monday, as part of the investigation into the disappearance of then 17-year-old Marjo Winkens in September 1975. This cold case was revived after the police received an "interesting tip", the police said in a statement.

Winkens disappeared during the early hours of September 2nd, 1975 after attending the Sint Rosa Fair in Sittard. Some of the girl's clothing and the moped she had borrowed were found, but the teenager herself was never seen again. The police did not say anything about what the "interesting tip" entailed.

On Monday the police are conducting forensic investigations and soil analyzes at a forest plot and garden on Kerstenbergweg in Beesel. The police said that this investigation is not at all linked to the current owners and residents of the plot. They are voluntarily cooperating with the investigation.