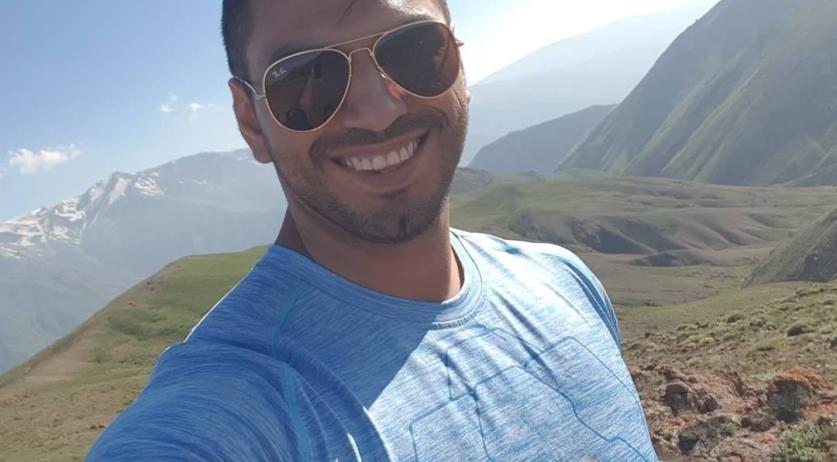 A fugitive convict who the police placed on the national wanted list last week, is seemingly taunting the police with pictures and videos of himself enjoying his freedom on holiday. The man, 35-year-old Shahin Gheiybe, posted a video on Instagram in which he says he is enjoying the nice weather. The police showed the video on Opsporing Verzocht on Tuesday.

"You must not believe everything that is said about me in the media. The truth is very different", Gheiybe said on the video. The police believe the video was shot in Iran.

In 2011 Gheiybe was sentenced to 13 years in prison for a double attempted murder in Den Bosch in 2009. According to the police, he opened fired on two people with whom he had a meeting at close range. In October 2011 the man managed to escape from his prison guards during a hospital visit. He's been at large ever since. The police know that Gheiybe fled to Iran with help from his family after his escape, the police said on their website.

In his video, Gheiybe said that he made contact with a Dutch newspaper. "They would like an interview with me. I said that I won't answer all the questions, but I do want to tell my story. You will soon hear more from me. But first of all I will enjoy my freedom and the nice weather."

A police spokesperson called the video "shocking", according to RTL Nieuws. "It is unbelievable how he distorts the facts and that he cares so little about his victims and our society." According to the police, the man admitted to the court that he shot his victims and took their money. "Apparently he considers himself untouchable in Iran, but we also have information that, despite everything, he's still meeting up with acquaintances and family. "

The police believe that some of these meetings may take place in the Netherlands' neighboring countries. "The police do not exclude the possibility that Gheiybe is still visiting our country, given his strong relationship with his family." The police are particularly curious to know what fake ID he is using during these visits.