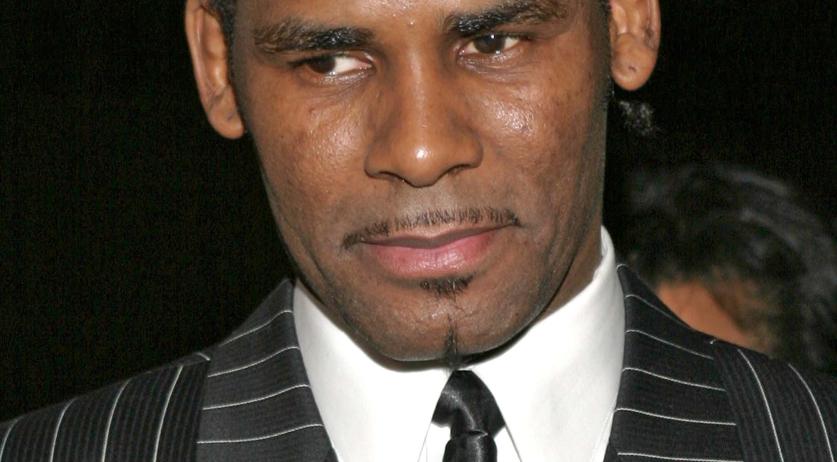 The Amsterdam venue booked for an R. Kelly concert in April now says it wants the event scrapped following the musician's arrest in Chicago on Friday. A judge in Cook County, Illinois set Kelly's bond at $1 million the next day after a prosecutor laid out details of 10 counts of aggravated sexual abuse against four female victims, three of whom were between 13 and 17 years of age.

A representative of The Box said it spent the last month looking for a way to scrap a rental deal with the promoter who spearheaded the R. Kelly event, but could not risk legal consequences. "Tomorrow we will speak to our lawyer [to determine] if there’s enough ground to cancel the contract without chance of claims," said Nora van der Woude, a managing partner of The Box.

"When we signed the rental agreement with the concert promoter J Noah Entertainment in 2018, we weren’t and couldn’t have been aware of the content of the Documentary and the media-explosion and public attention it generated," Van der Woude told NL Times, referring to the documentary mini-series Surviving R. Kelly". The special first aired on Lifetime in the U.S. in early January.

Van der Woude said that after the documentary aired, which detailed numerous allegations of sexual abuse, and abuse of power, they asked the promoter to end the contract with The Box amicably. However, as the promoter had paid an undisclosed "large sum to the management" of R. Kelly, the J. Noah Entertainment refused.

There was no response to questions sent by email to J. Noah B.V. A phone number listed on the company's website was out of service on Sunday.

"The management of R. Kelly wanted the shows to continue as they stated [he is] innocent until proven guilty by court," Van der Woude said.

A spokesperson at the Ministry of Justice and Security would not comment if Kelly would even be allowed to enter the Netherlands. The ministry has several methods at its disposal to refuse entry to the Netherlands, including through immigration office IND.

"Neither the ministry nor the Immigration and Naturalization Service (IND) can comment on individual cases. Hence we cannot speculate about the possible admission of Mr. Kelly to the Netherlands," a spokesperson told NL Times.

Allegations of sexual abuse by R. Kelly, born Robert Sylvester Kelly, and rumors of his disturbing behavior with underage girls date back decades.

In 1994, at the age of 27, he entered into an unlawful marriage with R&B singer Aaliyah who was 15 at the time. A marriage certificate filed in Cook County listed her age as 18. Her parents subsequently had legal recognition of the marriage terminated.

Kelly had publicly denied knowing her true age, though video that resurfaced in January demonstrated otherwise.

In 2002, Kelly faced over a dozen charges in Cook County connected to a videotape which supposedly showed him having sexual contact with an underage girl. A jury acquitted him six years later.

Kelly's name has come up again and again in the years following the acquittal, with the singer linked to rumors that he kept women and girls in a type of sex cult, or that he had effectively enslaved them. Following the Lifetime documentary, police in Chicago investigated a claim that he was keeping two women against their will, but police did not immediately press charges in that case.

Kelly is reportedly under investigation in Atlanta, Georgia, connected to abuse allegations at his former home there. He is also believed to be under a federal criminal investigation, a possible result of any legal violations that took place across state lines.

He has denied all allegations in the years following the 2002 arrest.

The R. Kelly concert in Amsterdam on April 20 was announced after Surviving R. Kelly was broadcast. It sparked an immediate backlash, and a petition from an activist who wanted to see him sent to jail.

“He is a sick bastard, that rapes and uses girls for sex,” the petitioner told NL Times exclusively. She added that she found it insulting that he would be allowed to enter The Netherlands to perform.